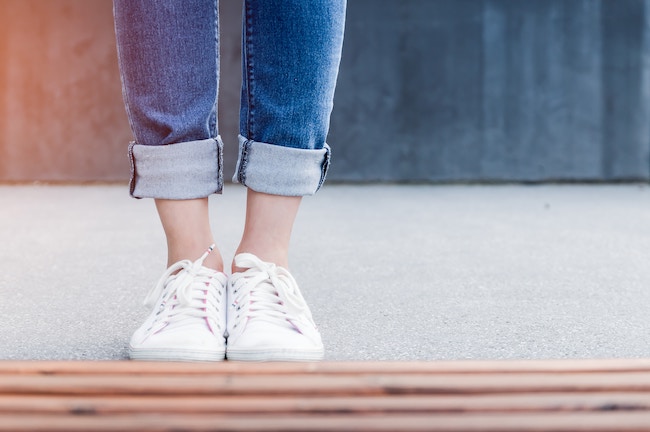 Toady’s Miracle Monday is the testimony of Sister Rebecca Wilcoxson, and it answers the question, “How did God lead you to your spouse?”

When I was 9 years old and visiting the Clairton Branch, I was slowed from running by Brother English Webb. Once settled, he tapped his finger into my shoulder and asked my age. After my response, he informed me I was old enough to start praying for my mate. At 9, I do not think I knew the depth and totality of that task, but I set to doing as he told me. Being so young and my relationship with God being an immature one, I prayed more out of obedience to Brother English, whom I respected.

Baptized by 13, I became more earnest and intentional about praying for my mate. It was not easy turning down opportunities to go on dates or to dances in high school; however, the older I got the more convicted I was to wait on the Lord for the one He had chosen for me.

Once I started college, I was in a place where I was just waiting for the experiences. My family moved to the Inner City Detroit Mission, and I met Brother Owen. He was 8 years my senior and very social — let’s just say he was not the person I would have chosen for myself. We became friends, and that was that. I truly was not interested in him.

When I had my first experience about marriage, Brother Owen was dating someone, and since I was not interested in him in that way, I chalked it up to a “pizza dream.” The dream consisted of Owen being with his girlfriend but seeking me out in a large group of people asking me to forgive him and wait for him. This same dream repeated itself three more times before their relationship ended.

A year later, the dreams did not cease. Keeping the dreams to myself, I became quite prayerful. I began fasting and praying and seeking the Lord. Brother Owen was still social with all the sisters that were interested in him, but due to the dreams I was having, my heart began to soften towards him. I did not want to have these feelings, but they were growing.

The hardest part was seeing him date or hang out with other sisters; it was obvious that he was choosing not to wait while I was. Whenever I became discouraged, I would have another dream; they were obvious and tangible dreams that would typically consist of Owen apologizing to me for his behavior or asking me to wait for him.

During this time in my life, I was fasting and praying often. I had my weak moments, but the Lord would once again send me a dream about waiting for Owen, and I would.
Another six months would pass. Owen had another girlfriend, and I was still having experiences.

At one point when Owen was single, the Lord woke me early on a Sunday morning, and I felt an urgent prompting to share with Owen my feelings for him. I was terrified. He was a family friend, and he had so many others interested in his time, and I was sure he would think I was crazy, but I was OK with his rejection or whatever he would say because I wanted to do what the Lord wanted me to do.

So I did it. I told him, and although I did not share that at this point that there was a total of 18 dreams and one vision, I shared with him my heart. Turns out he had been having feelings for me for a while but was apprehensive since we attended the same branch. We began calling and texting each other, and we both wanted to remain friends until there was confirmation for anything to go further. Prayerfully and hope-filled, we waited and were becoming close friends.

Shortly after that, I was preparing to study abroad in France for 19 days. The night before I left, Owen showed up with a package of letters for me. He had stayed up all night writing a letter for each day I was in France, assigning me little tasks to do and a scripture for each morning. This act made me fall in love with him. I was sure — especially after all of the heartfelt words I read for 19 days — that he felt the same, and upon my return I was sure I’d immediately become his girlfriend.

Alas, when I landed in Detroit and saw my parents there to drive me home and not Owen, I became discouraged. Over the next week, he avoided my calls and texts, and finally when we were able to meet face to face, he confessed he still had feelings for an old girlfriend and was unsure how he felt about me. Gutted — I was absolutely gutted, shattered into a million little pieces and in a place I feared since the day I shared my feelings and experiences with him.

I was 23 years old, and although for the last three years of my life the Lord had shown me that Owen was the one I was to be with, there is still free will, and Owen had the choice to do what he wanted. I found great comfort in knowing that if Owen did not choose this life with me, then God would surely provide another. With that comfort, I continued to fast and pray and seek the Lord out for His will and not mine.

Three months passed, and I uttered no more than a “God Bless You” or “Have a blessed week” to Owen in passing. I did not want to put myself out there and be hurt again. I trusted God, but I did not trust what Owen was going to choose. During those three months, the dreams did not stop, and the other men coming into my life did not either. I remained cautious, quiet, and prayerful, waiting to see if the Lord would show me anything other than Owen. He did not.

Then, it was my birthday, and Owen saw me at a Wednesday night service. He asked me go to the movies with him for my birthday. I told him no and that I would have to wait to see how my Heavenly Father felt about it. My heart was guarded. That night, I dreamt that I was sitting in a bowling alley where the seats sit back to back. As I looked around, the alley was empty, and I noticed I was pregnant. When I looked down to my left hand rubbing my pregnant belly, I saw that I had no rings. Immediately, I said to myself, “Silly Rebecca, what have you done? You decided to save yourself for marriage, and look where you have gotten yourself. Stupid girl.” As soon I finished saying those words, I felt a tap on my left shoulder. I turned around to see Owen sitting behind me holding his hand out in front of me, As he opened his hand, I saw my wedding rings, and he asked if I would forgive him. When I woke, the Lord immediately gave me the interpretation. Here I was, pregnant with a relationship that would lead to marriage, but it was up to me. Would I forgive him? I did. Owen was my first date, my first kiss, my first real love, sent to me from Him.

We dated for a month or so when a sister, whom both Owen and I love and admire, approached me at a region meeting and asked if Owen and I were dating. When I said yes, she began to cry. She then shared with me an experience she had years before when my family attended our first Inner City service. She relayed that when my family had walked in, she saw a glow around me and heard the Lord say, “I HAVE SENT HER TO COMPLETE OWEN.” As soon as she told me, my heart leapt, knowing that this was the confirmation I had been praying for. It was confirmed before the Lord had ever revealed anything to me. Within a year, Owen and I married, and now, 11 years and 3 children later, we have never once doubted if we made the right choice. God has truly blessed our marriage.

I thank God. I know that He is the Mighty God who gave the stars their light and spoke the mountains into place, and yet He had the love and mercy to work such great wonders in my life to help me find the one He had chosen for me.