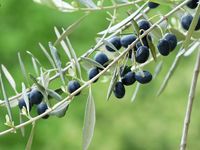 The New Testament records many parables related by Jesus. The Lord stated that He used this method — in which people or objects in a story represent other things — to communicate various spiritual truths such that only someone who was looking for the spiritual meaning would understand what He was saying. So, whereas one person might hear a story about seeking a pearl of great price as the pursuit of wealth, the spiritual person would understand that this story illustrates that the gospel of Jesus Christ is worth more to us than anything we have on earth.

The key to understanding a parable is to identify what each element of the story represents and what the interactions indicate. For example, in the parable of the prodigal son (Luke 15), a man gives half his wealth to his son who then goes out and wastes it all on “riotous living;” when the money is all gone, the son returns home and his father throws his arms around him and takes him back! Rather than thinking of the father as an enabler and the son as a deadbeat, we understand that the father represents God and the son represents you or me or anyone who has gone astray in life. When we put ourselves in the story like this, we gain a clearer understanding of God’s unconditional love for us.

Jacob 5, the longest chapter in the Book of Mormon with 77 verses, represents the only parable in the book. It’s a story that features olive trees and people who take care of the trees. The basic elements of the story and what they represent are as follows:

Using the above representations (and a few others), the story can be told something like what follows below. The words in parentheses indicate the intended meaning of the element of the story immediately preceding them. I have included verse numbers throughout so you can line up the story with the actual text.

[3] The Lord of the vineyard sees His tame olive tree (Israel) beginning to decay (rejecting God). [4,5] He does His best (sends Christ to earth) in an attempt to save the tree. [6] There is some initial success with young and tender branches (the early church) but the main top (the Jewish leadership) still works against this effort.

[7-11] Rather than lose the entire tree, the Lord directs that branches of the wild olive tree (the Gentiles) be grafted in to the tree (have the gospel extended to them, allowing them to share in this with Israel). [12-18] As the grafted branches (the Gentiles) are bearing fruit (taking hold of the gospel), the original branches (Israel) are scattered throughout the vineyard (the world). [19-24] The branches planted in the worst (yet unidentified) areas do well but [25] the part of the tree (the seed of Joseph) planted in the good ground (the Americas) has mixed results (the Nephites serve God, the Lamanites do not).

[29-32] After a long time (about 1,000 years) has passed, the Lord finds that none of the fruit is good (the gospel has fallen away). [33-34] Although the roots (the gospel of Christ) are good, [35-40] only evil fruit is being produced (the church is in apostasy). [43-46] Even in the good ground (the Americas), there is no good fruit to be found (the Lamanites have killed off the Nephites). [47-51] In spite of His disappointment, the Lord decides not to destroy His vineyard (the world) but rather to spare it a little longer.

[70-72] In what represents the present day, the Lord sends His servants (the church), though few in number, into the vineyard to enact His plan. The servants receive a promise that they will enjoy the fruit (participate in Zion) also.

[73-75] In what represents the future, the efforts are successful as the natural fruit returns and the bad fruit is cast out (Zion is established). [76] The production of good fruit (Zion) lasts for a long time. [77] Eventually, the evil fruit begins to return (Satan is loosed for a season). The good fruit (the righteous) and the bad fruit (the unrighteous) are gathered to their respective places (heaven and hell) and the vineyard (the world) is destroyed by fire.

As you can see, this story contains considerable information and identifies several key events regarding God’s dealings with Israel, the Gentiles, and His servants. Hopefully, the above rendering provides some understanding of this key parable and the general techniques illustrated assist in understanding other parables in the scriptures.