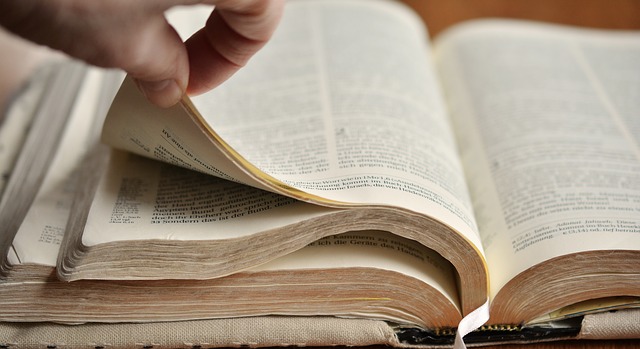 TYPOLOGY: The study of things in Christian belief that are prefigured or symbolized by things in the Old Testament

In Alma 33, Alma continues with his teachings to the people who were cast out of the synagogue in the previous chapter. Among the things he teaches them is an episode from the Old Testament in which Moses did something that is considered a “type” of Jesus Christ:

“A type was raised up in the wilderness, that whosoever would look upon it might live. And many did look and live … But there were many who were so hardened that they would not look, therefore they perished.” (Alma 33:19-20)

The episode referenced above is found in Numbers 21 where many Israelites were dying as a result of being bitten by poisonous snakes. At the direction of God, Moses set up a serpent of brass on a pole and told those who were bitten to look at it. Those who did so were healed and lived, but many refused to look, and so they died from the poison.

What makes this a type of Jesus Christ is that you can tell the same story from a spiritual perspective, replacing the serpent of brass in the story with Jesus: Mankind is afflicted with the poison of sin and is told to look to Jesus who was raised up on the cross. Those who do so are healed from their sins and will live eternally. Those who are so hardened that they refuse to look to Jesus will die in their sins.

People who engage in typology have gone through the Old Testament and identified many such types that line up with the story of Jesus Christ. Some of the writers of the New Testament and of the Book of Mormon were versed in typology as they identified some types as well:

At a time when Christian values are being attacked all around us, it’s good to have as many tools as possible at our disposal to support the divinity of Jesus Christ. Typology is one of these, as it shows that the plan of redemption — with Jesus Christ as its center — was in place from the very beginning with the earliest scriptures giving clues to what would occur. Count it a blessing to be part of God’s long-term plan for mankind.