Two Flights, One Wedding, and Lots of Prayers 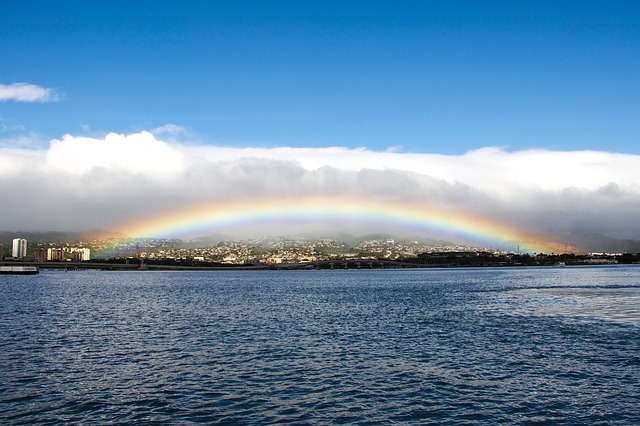 Today’s Miracle Monday is a testimony of praise written by Sister Valerie Dulisse.

God takes care of every situation when we fervently pray! Our son, Steven, and soon-to-be daughter in law, Chelsie, were to be married in Hawaii on August 1.

My husband, Chuck, had recently passed out on an airplane, and when he had a nuclear stress test, the doctor found two blocked arteries. They immediately scheduled a heart catheterization, which they said had to be done a day after we were scheduled to fly out for the wedding. The doctor told Chuck that he should not fly until this was taken care of, even though Chuck told him our son was getting married.

I didn’t know what to do, whether to leave Chuck behind and fly by myself to the wedding or step out on faith and continue with our plans to fly out together and do the procedure when we returned.

Since it is a 10-hour flight, we were concerned. I reached out to my branch in Columbus and also my friends on Facebook to pray with us. We could not make an announcement via the Gospel Email because Steven would hear, and we knew he would tell us to stay in Ohio. We also didn’t want to add stress to his last-minute responsibilities for his wedding day.

The night before we were to fly, Chuck had a good feeling that God would protect him, and we flew out the next morning. The wedding was perfect, and we stayed eight days in Hawaii with no problems. Chuck flew home, again with the prayers of the saints, friends, and family.

When Chuck had the heart catheterization two days later, the doctor found no blockages in those same two arteries. No stint or surgery was needed! We praise God for this miracle and thank everyone who prayed for us!

Also, a smaller miracle occurred when I lost the main stone from my wedding ring at the wedding. After Chuck and I prayed, the security person at the resort hotel found it in the sand outside the next day by brushing through the sand with his hand for an hour. God is so good! We could not have replaced that diamond for a long time had it not been found.

We have shared these miracles with so many, strangers and friends alike. Nothing is impossible to God!

What Has God Done in Your Life?

We’d love to share your testimony on a future Miracle Monday! Click here to tell us about it.