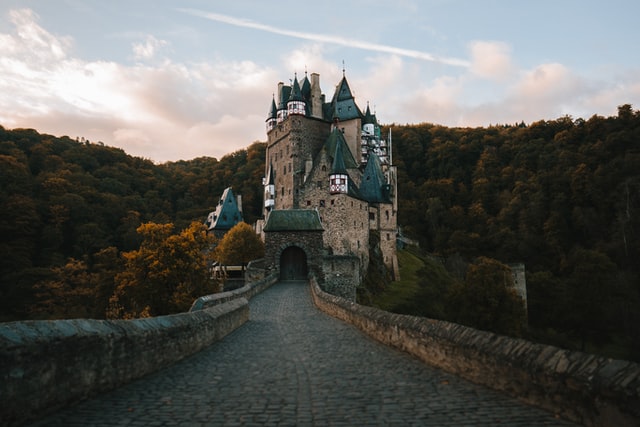 In Ether 7, Orihah (one of the sons of Jared) concludes his reign as the first king of the Jaredite people in the new land, passing the mantle to his son Kib. Sadly, things go downhill quickly after that, as two families then begin to compete for the throne, resulting in a series of kidnappings and murders and many temporary changes in who is king. Finally, they settle into two kingdoms:

There were probably lots of people who thought this arrangement was wrong. Why should there be two kingdoms? We only need one. Perhaps there were even some who disliked both Shule and Cohor and would have wanted more choices. None of that mattered; there were two kingdoms, and each person had to pick the one they wanted to be part of.

We face many similar situations today, where we need to choose between two competing “kingdoms.” Just as the verse above says that the country was divided, the same can be said about our country today. We have two political parties vying for leadership in the country, and they represent dramatically different philosophies with very little common ground between them. As much as we may dislike this arrangement, there’s not much we can do to change it — we just need to pick which “kingdom” we want to be a part of.

There are also two other types of kingdoms that exist on earth. Membership in these kingdoms have more far-reaching effects than your choice of political party. The two kingdoms are the Kingdom of God and the kingdom of the devil. Like it or not, each of us has to pick one of these kingdoms to be a part of.

Some may try to mask the need to make a choice, using flowery language with words like “love,” “inclusiveness,” and “dignity” to make it sound like we can all be one big happy human family — one kingdom — if we can just put aside our differences and love each other. While the scriptures do teach the need to love one another, they also teach that there are two kingdoms, and we need to pick one to be a part of:

In the midst of all the uncertainty and fear that pervades the world today, don’t lose sight of which kingdom you are part of. Don’t forget who your king is. Look to Him for direction, protection, and comfort. There’s lots of advice out there — everyone sounds like an expert. Some of it can be helpful, but just make sure that the advice you choose to follow is not coming from the other kingdom.

“We’re all in this together” is a nice slogan but, clearly, everyone is not together on the same team or in the same kingdom. Always remember that there are two kingdoms — pick one and then follow your king. When you choose to follow Jesus, take heart — your king is much more powerful than the leader of the other kingdom.