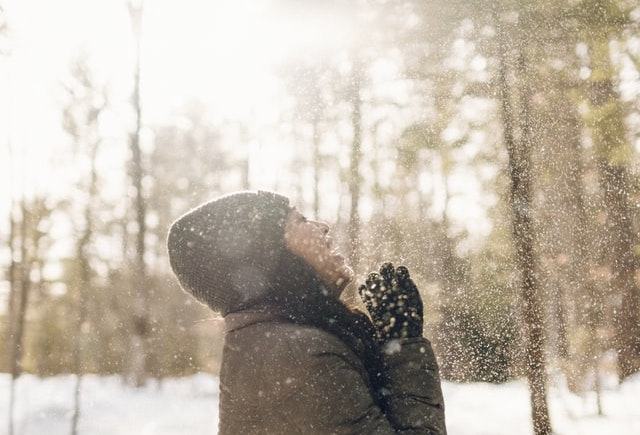 “O holy night! The stars are brightly shining,
It is the night of our dear Saviour’s birth.
Long lay the world in sin and error pining,
Till He appear’d and the soul felt its worth.
A thrill of hope, the weary world rejoices,
For yonder breaks a new and glorious morn.”

You know the song.

This year, the phrase “weary world” is vivid with meaning.

I think we’re all feeling a little more weary than usual — weary from illness, from worry, from change, from decisions, from isolation. Take a look at everything that’s happened this year, and you’ve got a living, breathing illustration of what a weary world is.

But this weariness is not unique to this moment in history. Not in the least.

The song “O Holy Night,” as English-speakers know it, came on the scene in 1855 when John Sullivan Dwight penned his own take on the French carol, “Midnight, Christians.”

In 1855, the world was different, but it wasn’t any less weary than in 2020. Take the U.S., for example. In 1855, the country was on the cusp of the Civil War, which would break out six short years later. At the time, people were polarized into political camps on several important matters, the most significant of which was slavery, and tensions were on the rise. This escalation culminated in a white-hot presidential election, and within a few months of Lincoln’s inauguration, violence broke out at Fort Sumter.

The world has always been weary with sin. Dwight’s words capture it so well:

“Long lay the world in sin and error pining…”

Sin makes for a weary world, and sin is as rampant today as it ever has been. So many people stoop beneath its load. So many wear its chains.

Into this darkness comes Christ.

“The people that walked in darkness have seen a great light: they that dwell in the land of the shadow of death, upon them hath the light shined.” (Isaiah 9:2)

A thrill of hope! The weary world rejoices!

Only Jesus Christ can lift the burden of sin from our shoulders.

“The Spirit of the Lord is upon me,
because he hath anointed me
to preach the gospel to the poor;
he hath sent me to heal the brokenhearted,
to preach deliverance to the captives,
and recovering of sight to the blind,
to set at liberty them that are bruised,
To preach the acceptable year of the Lord.”
(Luke 4:18-19)

A weary world has reason to rejoice. So, too, a weary soul.

If you find yourself so weary that you cannot take one more step forward, then the only thing to do is

fall on your knees.

For yonder breaks a new and glorious morn.

Special thanks to Sister Rachel Cotellesse for inspiring the thought behind this article during a Ladies Circle Christmas meeting. When I asked if I could give her credit, she replied, “Give God credit.” So I am.

A Bit of Good Cheer for You

One thing you might be missing this year is your branch’s Christmas program or choir. If a cancellation has you feeling wistful, then enjoy these Christmas programs of the past. San Diego’s Christmas medley from 2012 is so creative and well executed. And Branch 1’s 2014 choir will have you singing right along.

Verse of the Day
Whoso loveth instruction loveth knowledge: but he that hateth reproof is brutish.
Proverbs 12:1