The Truth About the Enemy 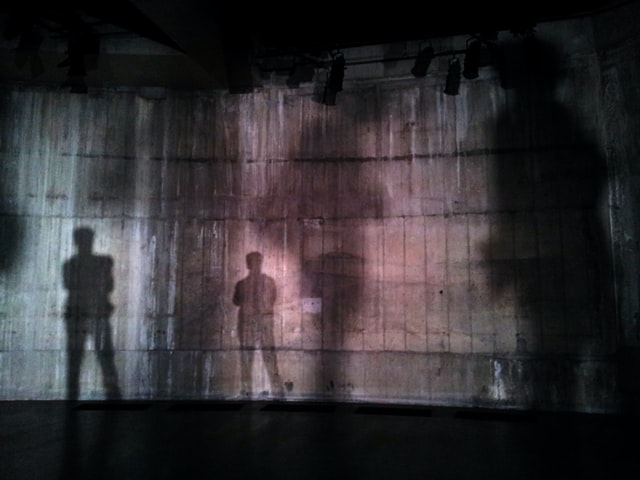 And for my next blog, I will try and relate a Broadway musical to my spiritual life.

I recently saw the musical “Wicked”. The story centers on a young witch named Elphaba. Later in life, she becomes the Wicked Witch of the West. But when we meet her in “Wicked,” she’s a teen—and actually a good person, contrary to popular belief due to her green skin. But what makes her truly unique are her magical powers. In fact, she’s SO naturally gifted, she gets called to meet the Wizard himself.

This was a big deal because, well, everyone wanted to meet the Wizard (you know the song). They thought he could do anything. So when Elphaba shows up, she expects a great, almighty presence. Instead, she quickly realizes the opposite is true—the Wizard is powerless without her. (Gasp!) He’s nothing but a fraud behind smoke and mirrors, with no real power of his own. That’s why he calls her to work for him.

Let’s pause here for a sec. This is the moment I felt a sermon pop right off the stage. What hit me, like it hit Elphaba, was: The Wizard is like the enemy of our soul—he has no real power of his own except what we give to him. And just like that, it all clicked. The enemy doesn’t make us offers because he wants us to be happy. As if. He just wants us to get closer to him so he can steal the power of God that we carry.

(Cue a series of lively musical numbers playing out while I experience somewhat of a spiritual awakening. Didn’t see that one coming!)

My mind went to the book of Matthew when Jesus was tempted by Satan. “Look at all the kingdoms you could have, if only you fall down and worship me,” he told Jesus. Notice how he didn’t say, “If you just agree to love one another.” Why? Because Satan doesn’t care about love. He cares about power. And the control that comes with it. The exact opposite of Jesus.

I’ll admit, I always thought the enemy had the same amount of power as God, just with a different agenda. But in this moment, God opened my eyes to see that the enemy is nothing without us worshipping him. (Hey, Lucifer was a fallen angel who CAME from God. He doesn’t even have that much power to begin with.)

Okay, back to the story. At the end, the Wizard uses his twisted ways to frame Elphaba, backing her into a corner where she gets angry and retaliates, making her the villain. But remember, Elphaba wasn’t a bad person. She just got wrapped up in the Wizard’s lies. He exploited her insecurities and left her on her own.

And isn’t that how the enemy works with us? He knows what makes us vulnerable, how to get under our skin, and the words to make us think, “Maybe he’s right.”

Fortunately, our story has a happier ending. Because Jesus not only knows us better than the enemy but He even has power OVER him. Jesus will never leave us on our own, lie to us, or show up powerless.

Ever since this day, I go back to it in moments of struggle. And I want you to do the same. One more tool to add to your arsenal of making the enemy flee. Because if we don’t dismiss him actively, if we don’t band together against him, he will poke and prod us, bombard us at every turn, and dangle shiny things in our faces till we’ve wandered where he wants us to be. So be strong today. Stand your ground. Because nothing the enemy offers is worth trading one sliver of the power God’s given us.

The enemy may lure us in with empty promises. But that’s all they are—empty. The good news? We have a 24/7, lifelong, VIP pass to the power of God. And His supply is endless.