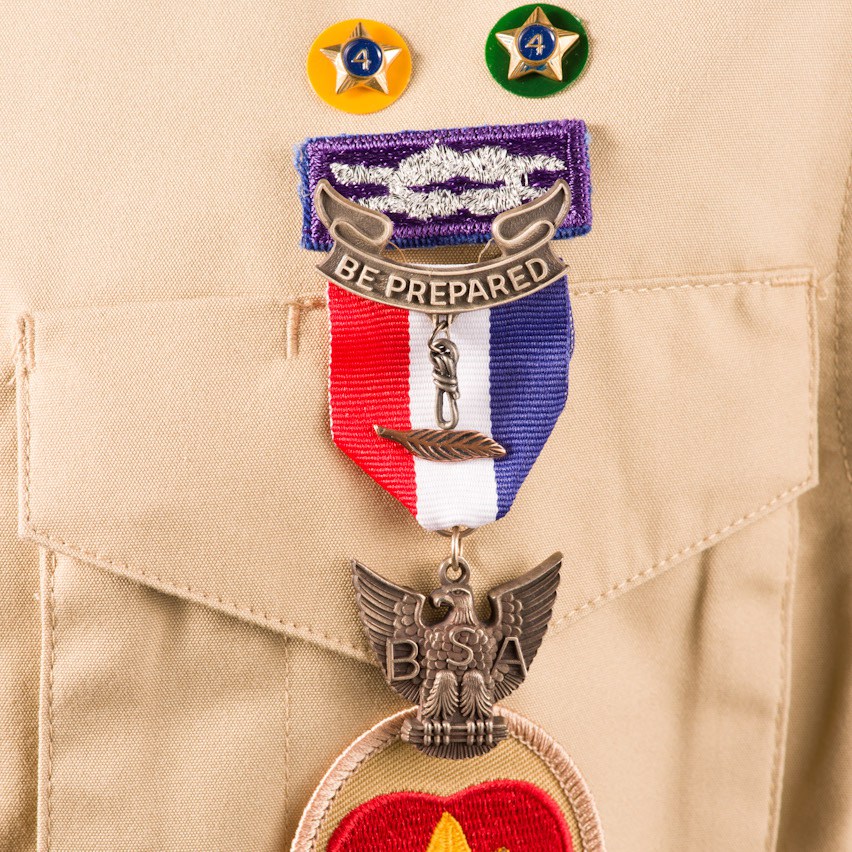 Had there been such a thing as Boy Scouts at the time Moroni lived, he would have been a great example of one. The Scout Oath sounds almost like the Title of Liberty:

“On my honor, I will do my best, to do my duty, to God and my country, and to obey the Scout Law, to help other people at all times, to keep myself physically strong, mentally awake, and morally straight.”

Much of Alma 49 is dedicated to describing how the Lamanite armies are frustrated at every turn because the Nephite armies, under the direction of Moroni, have followed the Scout Motto of “Be Prepared.” Every Nephite city has had high piles of earth arranged all around it such that the Lamanites can only enter through the city entrance, which is heavily guarded by a Nephite army:

The definition of “prepare” is to make something ready beforehand or to plan in advance. It involves looking forward in time and making arrangements or doing things now such that something will be ready to go or be used at some future time. When the time actually arrives, it’s typically too late to think about being prepared — the time to prepare is beforehand.

Some examples where it is advisable to be prepared:

Whereas there may be some occasions in life when you can jump in unprepared and everything can still turn out OK, inheriting your heavenly home is not one of those occasions. If you want to dwell with God for all eternity, then you must be prepared by the time you depart from this life. Since we don’t necessarily know when that time will be, we should make sure we are prepared at all times (such as today). Don’t wait until tomorrow — “behold, now is the day of salvation” (2 Corinthians 6:2).

In the story above, if the Nephites had waited until the Lamanites were attacking to think about protecting their cities, they would have all been destroyed. If we wait until we’ve reached retirement age to think about putting aside money, then we will never be able to retire. And, if we put off making a decision to serve the Lord until it is too late, then our eternal home will not be in the kingdom of God.

In all things, but especially when it comes to serving God, let’s live by the Scout Motto — “Be Prepared”!