The Light of the World (Ether 3) 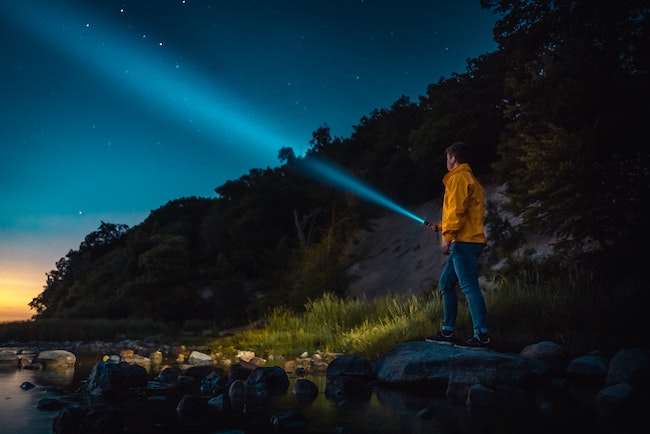 In Ether 3, the brother of Jared continues to prepare the barges that the Jaredite people will use to cross the ocean. The barges are completely solid on all sides such that no light will be able to enter. The brother of Jared is concerned about the people being in darkness for the entire voyage. He comes up with a plan — he prepares sixteen stones (two for each barge) and asks the Lord to touch them:

“Touch these stones, O Lord, with thy finger, and prepare them that they may shine forth in darkness; and they shall shine forth unto us in the vessels which we have prepared, that we may have light while we shall cross the sea.” (Ether 3:4)

The faith of the brother of Jared — it’s a standard we should all desire to attain. When we have a high level of faith, we are more aware of God working in our lives. As a result, we are more at peace; we experience more joy; and we appear to others as lights in an otherwise darkened world.

Let’s compare ourselves to the stones referenced above. The stones began as ordinary stones just as we began as ordinary people. Just like the stones were presented to the Lord by the brother of Jared, let’s think of ourselves being presented to the Lord with the same request as in the verse above (just changing one word): “Touch these souls, O Lord, with thy finger, and prepare them that they may shine forth in darkness.”

As the song says, “Then the hand of Jesus touched me and now I am no longer the same.” Jesus referred to Himself as the light of the world (John 8:12), but He also referred to those of us who are His followers as the light of the world (Matthew 5:14). This depiction is not meant to be just a cutesy thing (“this little light of mine, I’m gonna let it shine”) but is rather a serious calling for the followers of Christ to be the light in a world of darkness.

We have an opportunity to be that light right now since the time we are living in (the COVID-19 crisis) is a very dark period of time for the world. People are frightened, frustrated, and angry. Rather than adding to this darkness by fueling the debates about the seriousness of the virus, trying to figure out who to blame for it, or screaming at people who are standing too close to each other, we can be the people who bring peace, calmness, and a positive attitude to the situation. We can be the ones who continue to be loving toward others. We can provide assurances that God is in control. If our faith is solid, then we can do all of this because we really believe that God is in control. It’s our faith that makes our light shine brightly.

If you were out in the woods in total darkness with a group of people, and you were the only one with a flashlight, you would be the most popular person there. Everyone would want to be near you and would want to follow you because you have the light — obviously, you would be the one who knows which way to go. You have the same opportunity in today’s world — let the light of Christ shine from you to show others the way to navigate through a difficult time and, ultimately, how to find the straight and narrow path that leads to the kingdom of God.