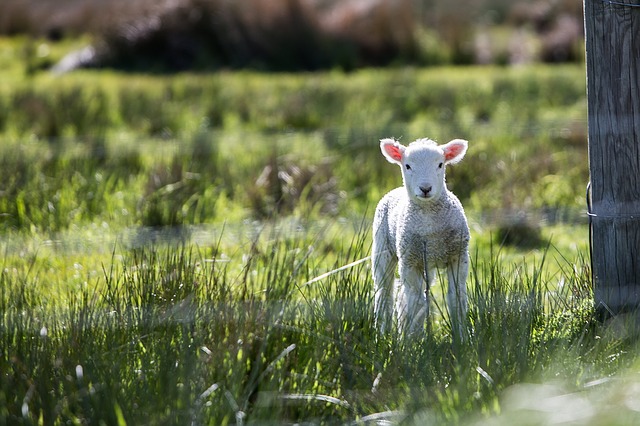 Up until this point in the narrative, the Nephites — as all God-fearing Israelites were expected to be doing at the time — were performing sacrifices as directed by the Law of Moses. A couple of examples were when Lehi’s family was traveling in the wilderness (1 Nephi 5:9) and when the people of King Benjamin gathered at the temple to hear his final address (Mosiah 2:3).

The Law of Moses provided for different types of sacrifices for a variety of purposes, but a primary reason for the people to sacrifice was to atone for their sins. In these instances, killing an animal (typically, one that they owned) and burning its body as an offering to God was the prescribed way of obtaining forgiveness from God for sins committed.

In Alma 34, Amulek describes what he refers to as a “great and last sacrifice” that would provide atonement for all mankind:

This great and last sacrifice was to be Jesus Christ, the Son of God. By shedding His blood, Jesus would atone for all the sins of mankind throughout the ages of time. No longer would it be necessary to kill animals to obtain forgiveness from God; only repentance and faith in Christ would be necessary. This arrangement continues down to today.

It’s an important distinction to note that after Jesus shed His blood, not only did sacrifice become unnecessary to atone for sins — it became incapable of atoning for sins. How could Jesus be the last sacrifice if people could continue with their own sacrifices to atone for sin? What would have been the point of Jesus going to the cross at all?

For example, I’ve sometimes heard people (from various faiths) say something like, “I have to go to church this Sunday because I really messed up this week.” If the person is going to church with the intention to repent and become closer to God, then that’s a good thing. On the other hand, if the person thinks that one Sunday in church makes up for one sin, and now it’s “all even,” the person is mistaken, thinking that this “sacrifice” has atoned for the sin.

In some faiths, people are instructed to say the same words over and over again in order to obtain forgiveness for their sins. The more serious the sin, the more times they have to repeat the words. Even aside from the fact that Jesus said not to use “vain repetitions,” this is another case of thinking that a person’s own sacrifice can atone for their sins. If you’re going to spend the time talking to God, it would be better to acknowledge your sin to Him, repent, and ask for His forgiveness, relying on the sacrifice of Jesus Christ to give you the confidence that God will actually forgive you.

Taking the above a step further, there was once a church that required their people to pay a specified amount of money to the church when they committed a sin. Each type of sin had a price tag — the more serious the sin, the higher the price to be forgiven of it. It even reached a point where people were prepaying for their sins — here’s $100, now God owes me forgiveness for my next 10 sins!

Of course, it’s admirable — and even expected of a servant of God — to donate money to the church. However, God’s forgiveness cannot be purchased with money — it’s already been purchased by the blood of Christ. Any sacrifices we may make for the Lord — whether our time, money, or anything else — should be freely offered as a result of our love for Him and appreciation for what He has already done for us, not used as an attempt to obtain additional favors from Him.

Although it’s human nature to want to try to make up for things we’ve done wrong, let’s recognize that God has a better way. When we were baptized, all of our sins were forgiven. As we serve God, we can repent of any additional transgressions and be forgiven of those as well. And it’s all because of the sacrifice of Jesus Christ, the Lamb of God. It’s such an all-encompassing sacrifice that it’s the last sacrifice that will ever be required by God. Thank God we’re covered by it.