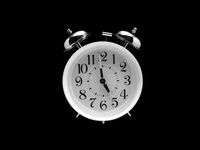 A key belief of The Church of Jesus Christ is that a man will come forth in the future who will play an important role in the Church’s mission among the Seed of Joseph and the House of Israel. The title used for this man is the Choice Seer. Most of the information regarding the Choice Seer is contained in 2 Nephi 3.

If you read chapter 3, you’ll see the name Joseph used quite frequently. In fact, almost everybody referenced in the chapter is named Joseph, so here’s a “scorecard” of who each Joseph is:

Lehi’s Son – This chapter summarizes what Lehi shared, shortly before his death, with his youngest son, Joseph. Young Joseph’s name is mentioned at the beginning (verses 1-3) and end (verses 22-25) of the chapter.

Joseph from the Bible – Known as one of the 12 sons of Jacob/Israel and for having the coat of many colors, Joseph was also a prophet. Joseph’s prophecy of the Choice Seer is not included in the Book of Genesis, but it was recorded on the brass plates that Lehi and his family carried with them from Jerusalem. That prophecy is what Lehi shares with his son Joseph in this chapter (verses 5-21). So, within those verses, all of the instances where it mentions Joseph saying something, it is referring to Joseph of old, Lehi’s ancestor.

How will the Choice Seer be used by God?

In addition to being named Joseph, here are other attributes of the Choice Seer shared in this chapter:

It will be an exciting time when the Choice Seer comes, especially since it will mean that Zion is about to begin. The description of the Choice Seer given in chapter 3 will help us recognize him when he comes.

The Church of Jesus Christ is doing its part to prepare for the Choice Seer by bringing the Word of God to the Seed of Joseph — it is not our job to convince them but to bring the word to them. The Choice Seer will then convince them of the word “which shall have already gone forth among them.”

We look forward to the fulfillment of the latter-day prophecies, one of which is the coming of the Choice Seer!