The Battle Is the Lord’s 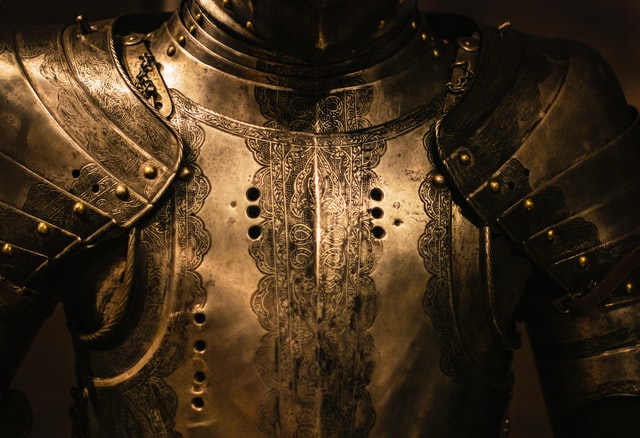 “And all this assembly shall know that the Lord saveth not with sword and spear: for the battle is the Lord’s, and he will give you into our hands.” (1 Samuel 17:47)

Ahh, the famous words of David to Goliath. Could he have possibly known that this powerful declaration would be just as impactful to us today in 2021?

I feel empowered when I read that the battles we face in this life can be fought not with worldly weapons, but with spiritual arms supplied through the power of God.

We see the word “battle” hundreds of times over in both the Bible and Book of Mormon. Clearly, God has a purpose for the concept of battle. And yes, there were many physical battles with bloodshed throughout history, but the spiritual parallel we can study and apply today is rich and robust.

We read that there needs to be an opposition in all things (2 Nephi 2:11).

God is constantly challenging us to put on the whole armor of God (Ephesians 6:11) and prepare for battle.

There is an enemy that seeks to destroy our soul. Every day, the battle of good and evil is fought through our thoughts, words, and deeds.

We must recognize this battle and prepare our hearts and minds to spiritually fortify ourselves to overcome the enemy.

God Is Mightier Than the Opposition We Face

When King Jehoshaphat faced the great multitude of the children of Moab and Ammon, he called a fast in the land of Judah and sought the Lord in prayer for help and direction. The Word of the Lord came forth saying, “Be not afraid nor dismayed by reason of this great multitude; for the battle is not yours, but God’s” (2 Chronicles 20:15).

So, they shifted their focus from the physical battle to their Almighty God. Instead of leading with their swords and spears, they led with a choir of song, praising their God as they marched forth into the battle! The songs of praise summoned the power of God, who orchestrated an ambush and won the battle for the people of Judah that day.

God Outnumbers Even The Biggest Army

When Gideon was told to lead an army against the Midianites, he respectfully declined. Then, a few fleeces later, he agreed to the task, only to have God thin the army down to a mere 300 men. Yet the strength of man was not going to win the battle.

God instructed them to blow trumpets, break pitchers, and shine their lamps in the night to catch the enemy off guard. Sure enough, “the sword of the Lord and of Gideon” won the battle as the enemy fled, turned on themselves, and God’s battle plan was victorious (Judges 7:20).

When Helaman was concerned over his small army that would face the mighty Lamanites, he turned to God in prayer.

“Therefore we did pour out our souls in prayer to God, that he would strengthen us and deliver us…the Lord our God did visit us with assurances that he would deliver us; yea, insomuch that he did speak peace to our souls, and did grant unto us great faith, and did cause us that we should hope for our deliverance in him” (Alma 58:10-11).

We Are in a Spiritual Battle Today. How Do We fight?

If we can consistently do these things, we will win every time. Put your worldly weapons away and take up your spiritual arms with courage, knowing the battle is the Lord’s! 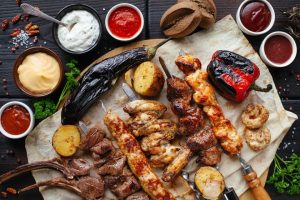 Name something you do every single day that is both absolutely necessary and completely gratifying: YOU EAT! Eating is both essential and enjoyable. It’s a basic need and a welcome treat.  The scriptures use the analogy of eating to help us understand how...