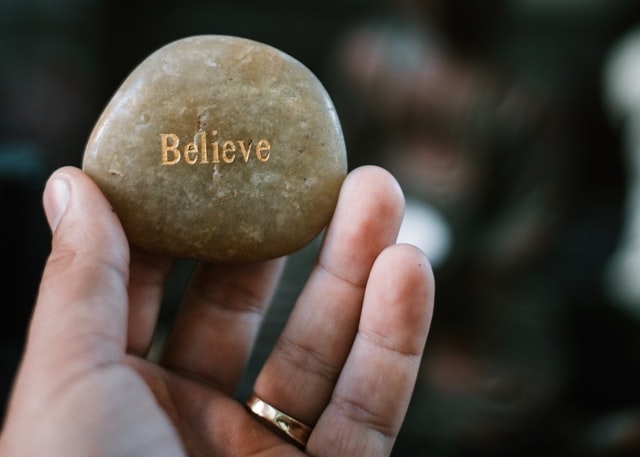 Shortly after concluding the Sermon on the Mount, Jesus enters Capernaum and receives a special request from a centurion (a military commander of 100 men). The centurion has a servant who is dear to him who is very sick of a palsy and is close to death (see Matthew 8:5-6, Luke 7:1-2). The centurion is asking that Jesus would heal his servant.

In spite of the man being a Roman soldier (who the Jews hated for their oppression of them), many of the Jewish elders speak on behalf of the centurion, telling Jesus that this particular man is deserving of this blessing because he loves the Jewish nation and even funded the building of a synagogue for them (see Luke 7:4-5).

The centurion knows that the Jews believe that entering the house of a Gentile is an unclean act so he tells Jesus that He doesn’t need to enter his house but that He can just order the disease to depart, likening it to how he, the centurion, commands his own soldiers (see Matthew 8:8-9, Luke 7:6-8).

Recognizing the man’s great faith, “Jesus said unto the centurion, Go thy way; and as thou hast believed, so be it done unto thee. And his servant was healed in the selfsame hour” (Matthew 8:13).

Reviewing the details of this account, why did Jesus grant this request (answer this prayer) for the centurion?

Well, it definitely wasn’t because the man was a centurion. As mentioned earlier, the Roman soldiers were not friends to the Jews. Jesus certainly wouldn’t be impressed with the man’s title. So, cross off Option A.

And, although it may be nice to think that the man should be rewarded for his generosity to the Jews in helping them build a synagogue (which is what the Jewish elders thought), that’s not the reason either. You can’t buy favors from the Lord with money. Answered prayers are not a reward for services rendered. Nix Option B.

Jesus used this moment to teach the people that this was faulty thinking (and that Option C was therefore not the right answer). People don’t get special privileges and certainly don’t get automatic entry into heaven based on who they’re related to. The way Jesus said it was that there will be plenty of Gentiles (coming from the east and west) in the kingdom of heaven and they will join in with the same family ancestry (Abraham, Isaac and Jacob) that the Jews thought made them special. Sadly, Jesus said that there will also be Israelites (children of the kingdom) cast into outer darkness (see Matthew 8:11-12).

Even though the Jews of the time considered themselves to be “the covenant people of the Lord,” it’s clear based on the above that it’s belief in Jesus Christ that makes someone part of the family of God, not the person’s bloodline. In the Book of Mormon, Nephi makes it even more clear with this statement:

“As many of the Gentiles as will repent are the covenant people of the Lord; and as many of the Jews as will not repent shall be cast off; for the Lord covenanteth with none save it be with them that repent and believe in his Son, who is the Holy One of Israel.” (2 Nephi 30:2)

Which, of course, brings us to the real reason that the centurion’s request was granted. When the man expressed his recognition that Jesus could command the disease to depart just by speaking the words, Jesus turned and announced to the people nearby, “I have not found so great faith, no, not in Israel” (Matthew 8:10, Luke 7:9) and said to the man, “As thou hast believed, so be it done unto thee” (Matthew 8:13). It was the man’s faith in Christ that moved the arm of God.

Has the formula changed today? No, God is still not a respecter of persons. He doesn’t answer prayers based on our title in the Church, how much money we donate, or who we’re related to. If any of those were key factors, then some people would have an advantage in receiving answered prayers.