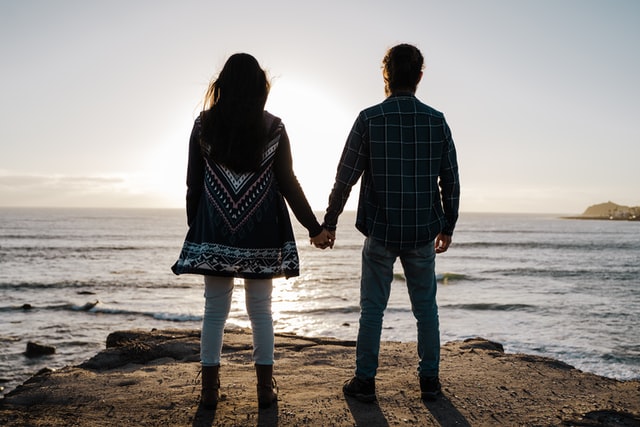 When I was young (at the risk of dating myself), there was a secular song I used to listen to that was called, “Still the One.” It was something a husband might sing to a wife with the basic message of, “even after all these years, you’re still the one for me.” What a blessing to have met the One, to have devoted your life to being with the One and to be able to look at your life together now and say you’re still the One.

While John the Baptist is in prison, some of his followers visit him and share with him what Jesus has been doing recently, such as healing a centurion’s servant (Luke 7:1-10) and raising a dead man in Nain (Luke 7:11-15). John tells two of them to ask Jesus a question — “Art thou he that should come? or look we for another?” (Luke 7:19, Matthew 11:3). In other words, are you the One? Or should we still be looking for the One?

“Tell John what things ye have seen and heard; how that the blind see, the lame walk, the lepers are cleansed, the deaf hear, the dead are raised, to the poor the gospel is preached.” (Luke 7:22)

Jesus lets the evidence speak for itself. Based on all of the above, it should be clear that He is the One.

Looking at the above account, one might conclude that John’s faith was wavering, perhaps due to being in prison. However, this seems unlikely when you consider the following:

So, why did John ask Jesus if He was the One? The most likely explanation is that John did so for the benefit of his own remaining followers. Knowing that he was probably never going to get out of prison, John wanted to make sure his followers would follow Jesus. He had already told them, “He must increase, but I must decrease” (John 3:30). Now it was time for them to follow Jesus exclusively.

So, the message of John the Baptist to his followers, even while he was in prison, can be summarized as follows:

Is this also our message today to the people who we know?

This past week, I celebrated 50 years as a member of The Church of Jesus Christ. I’m thankful to have met the Lord 50 years ago, and I’m thankful that I’m still found faithful in His Church today.

Through the past half century (now I am dating myself), I have seen the dead raised, the lame walk, the deaf hear and many other miracles. Just as in the time of Jesus, the evidence speaks for itself that He is the One.

Based on all of the above, I can state with confidence that even after all these years, He’s still the One for me.

Since the time you met the Lord — whether a long time ago or more recently — you’ve witnessed your own share of evidence that Jesus is the One. Keep those testimonies firmly in mind such that even in times of discouragement, even after all these years, you too can say that He is still the One for you!