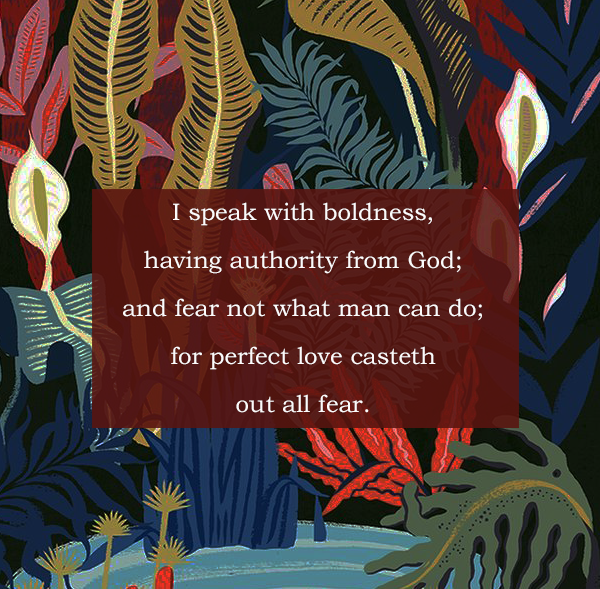 This chapter contains a letter from Mormon to his son Moroni shortly after Moroni’s ordination into the ministry. It’s full of sage advice for everyone, especially those called to leadership.

We’re looking at verse 16, which is almost an aside within a larger discussion about the abomination of baptizing children. Moroni condemns the baptism of little children with boldness — without fear or doubt, in complete confidence.

(Centuries later, we can now see the wisdom of Moroni’s words. The widespread baptism of infants led to generations of people identifying as Christian without having actually repented of sin. It was a huge confusion-causer.)

Moroni says that his boldness stems not from self-confidence, but from the authority of God. It’s God’s message, not Moroni’s. He’s delivering the message without fear of the repercussions. His love for God (and all people) drives fear from his mind. He’s only concerned with truth.

It’s almost difficult to comprehend this kind of boldness, especially when we struggle to muster the courage to tell our co-workers that we are practicing Christians. Some of us wither at the idea of praying for a meal in public. Our hearts fail when a fellow believer asks, “What denomination are you?”

In today’s passage, Moroni was all fired up. Are we equally fired up about the message that God has given us to deliver — about the truth of Jesus Christ, about the manifestations of His Spirit, about our own personal testimony? Are we also fired up about the perversion (and denial) of God’s truth in our modern culture?

Nobody can believe a message delivered by a fearful doubter. We need to be gutsy and unswerving. In a world where everyone is hemming and hedging, we need bold voices that are willing to declare the truth. Mormon loved enough to speak the truth — do we also? 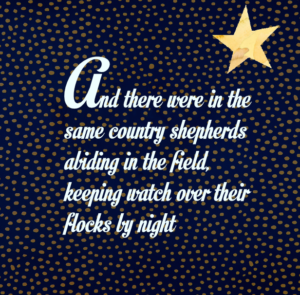 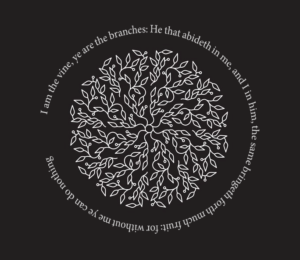 Good Word Friday Theme: Abide "I am the vine, ye are the branches: He that abideth in me, and I in him, the same bringeth forth much fruit: for without me ye can do nothing." (John 15:5) This month, we are talking about abiding in Christ. "Abide" means to remain,...