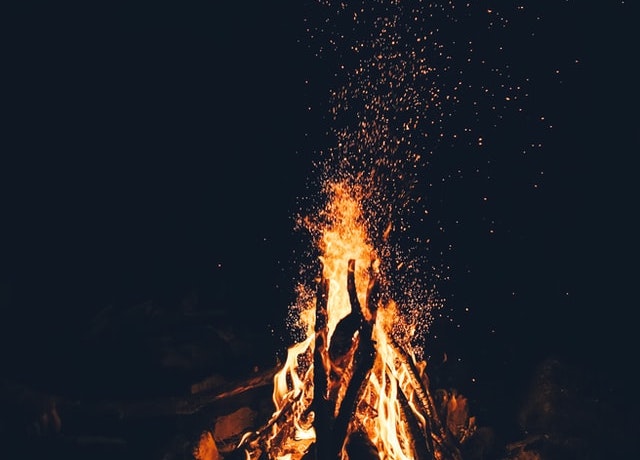 In today’s post, Brother Mark Kovacic recalls several powerful memories that are connected to one of the Church’s most-sung hymns.

It was 2007. Brother Jason Monaghan and I were visiting the saints in Kenya. Part of our itinerary was to meet with the ordained brothers at the Church headquarters and focus our teaching on the apostasy and restoration and the coming forth of the Book of Mormon. We planned a lot of instructional material to cover the several days of classes, including some role playing and team quizzes.

During one of the breaks, Brother Jason suggested that we teach the brothers a restoration song. We decided that we should try “The Spirit of God Like a Fire Is Burning”. While Brother Jason was teaching, I was busy writing the lyrics.

We started singing “The Spirit of God Like a Fire Is Burning.”

“We’ll sing and we’ll shout with the armies of Heaven,

Hosanna, hosanna to God and the Lamb.”

Without missing a beat, the two of us shouted “Hosanna, hosanna.” Our Kenyan brothers loved it. You could see and feel their excitement.

Going back a number of years before there even was a mission in Kenya, the Ohio Area MBA planned an outing to the Kirtland Temple in Ohio. This was the first building constructed by the early saints in the days of Joseph Smith and Sidney Rigdon.

History records that the saints made great sacrifices to complete the project, and the building was dedicated in 1838. The name inscribed above the front doors is the House of the Lord.

For the dedication, W.W. Phelps, an early convert, wrote the song, “The Spirit of God Like a Fire Is Burning.” It was sung by a quadraphonic choir. (I’ll leave that to your imagination.)

A newspaper reporter who attended the dedication wrote and published that on the day of the dedication, the building caught fire and burned down. At the time, he did not realize that he was actually seeing a vision. The building never burned—only the Spirit of God.

Back to our MBA outing. We had visited the building many times, and we decided we wanted to do something different this time. We asked our tour guide if we could sing that dedicatory song. She said, “Sure,” and began singing. When we didn’t join in, she asked what was wrong.

We explained that we use different music with the lyrics. (I believe it is an old Scottish tune.) The guide asked us to sing our version, which we gladly did.

Our version, unlike the original music, filled the building with the lively and vibrant sound of the Spirit of God that rests with The Church of Jesus Christ. “Hosanna, hosanna, to God and the Lamb.”

I don’t think Brothers William Bickerton or William Cadman ever pictured that song being sung in Kirtland, Ohio, let alone in Kenya, East Africa. By the way, the Greek word, “osanna” is a transliteration of the Hebrew phrase that means “please save us” or “please deliver us.” We can surely echo those feelings no matter where we are.

The Spirit of God like a fire is burning!
The latter-day glory begins to come forth;
The visions and blessings of old are returning,
The angels are coming to visit the earth.
We’ll sing and we’ll shout with the armies of heaven,
Hosanna, hosanna to God and the Lamb!
Let glory to them in the highest be given,
Henceforth and forever, Amen and amen!

Is there a song or hymn that connects to a testimony or miracle in your life? We’d love to hear about it and share it on a future Miracle Monday.