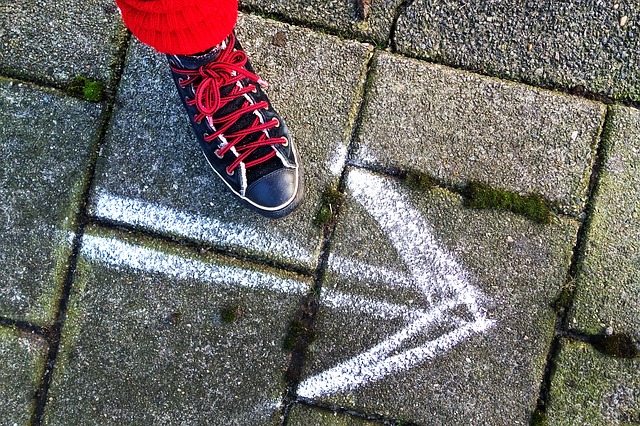 In the previous chapter, the Lord had told the brother of Jared that He would lead his group of Jaredite people away from the Tower of Babel to “a land which is choice above all the lands of the earth…And thus I will do unto thee because this long time ye have cried unto me” (Ether 1:42-43). So, because the brother of Jared was diligent in calling upon the Lord for direction, God said He would provide that direction for the Jaredites.

In Ether 2, the journey begins. The brother of Jared prays for direction and the Lord speaks to him from a cloud, “command[ing] them that they should go forth into the wilderness, yea, into that quarter where there never had men been” (verse 5). They cross some bodies of water on barges, “being directed continually by the hand of the Lord” (verse 6). Finally, they arrive at the ocean.

At this point, things get off track somewhat. The people set up tents on the ocean shore — and they remain there for the next four years! What happened to the journey? Perhaps the people are enjoying the beachfront property so much that they can’t bring themselves to move on. Perhaps they’re uncomfortable moving out of their comfort zone into an unknown area.

Whatever the reason, the people stop moving forward. They no longer call upon the Lord for direction so no direction is given. Finally, after four years have passed, the Lord returns in a cloud and scolds the brother of Jared “because he remembered not to call upon the name of the Lord” (verse 14). The relationship is mended, and the Lord then instructs the brother of Jared how to build barges to cross the ocean.

As followers of the Lord, we should seek to have it work this way in our own lives too (the first way, not the second way). As noted above, there are three steps in the process, and all three are important.

It sounds easy — just pray and ask God for His direction, right? Well, before we can do this, we first need to be willing to go to God for His direction. Often, it may seem easier — and certainly more comfortable — to seek direction from other people, especially those who seem to know what they’re talking about. While God can certainly use people to dispense wisdom, be careful — those well-meaning folks may well advise you to hang onto that beachfront property rather than to try crossing the ocean.

In order for us to receive God’s direction, we need to be sincerely seeking it. If we have no intention of following His direction, why would He give it? Are we following the Lord’s direction in the Word of God? Have we followed through on previous communication from Him? If so, then there’s no reason to expect that He won’t respond to our requests for further direction.

It would be nice if hearing the voice of God was as simple as having Him stand in a cloud and give us directions. Although it’s (unfortunately) not typically that straightforward, we can learn how to hear the voice of God though the Holy Ghost within us. Once we do, we should then wait upon the Lord for His response to our requests for direction. A lack of a response is not a response — we need to make sure we have received God’s direction before proceeding.

The third step may seem obvious, but it needs to be stated. Once we have received direction from God, we need to follow that direction. This is true even if the direction isn’t what we may personally desire to do. We do all have free will, and we are certainly capable of making our own choices in life, but, if we’re going to ask God for direction, we should follow that direction when we receive it. Otherwise, don’t ask for it.