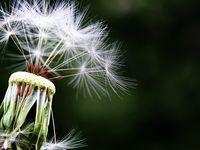 In 2 Nephi 25:12-16, Nephi describes how God would send His son to redeem Israel but that they would reject Him and crucify Him, resulting in the scattering of Israel throughout the world. However, rather than cutting off Israel, God would give them a second chance:

“And the Lord will set his hand again the second time to restore his people from their lost and fallen state. Wherefore, he will proceed to do a marvelous work and a wonder among the children of men.” (2 Nephi 25:17)

The second chance described above is what we refer to as the restoration of the gospel. Occurring almost 200 years ago, this was when the Lord “set his hand again the second time to restore His people,” beginning the work that will culminate in the gathering of Israel and establishment of Zion.

Although it’s not impossible that a second chance could be offered in the above examples, it’s certainly not guaranteed and might well be highly unlikely. However, God always offers us a second chance — perhaps not to receive something on earth but certainly to receive treasures in heaven.

According to the Word of God, “the wages of sin is death” (Romans 6:23). If God was not a God of second chances, then the sins we have committed would result in a spiritual death. However, it is also written that “though your sins be as scarlet, they shall be as white as snow” (Isaiah 1:18) and “your garments have been cleansed and made white through the blood of Christ” (Alma 5:27).

When we gave our lives to the Lord, we received a second chance to live a life pleasing to God. All of the mistakes we made and the sins we committed were washed away and we were able to start over with a “new” life.

Do we appreciate the second chance we’ve been given? In the examples shared earlier, if we were granted a second chance — to win the big game, make our marriage work, etc. — would we try harder to be successful? Or would we just do the same things and hope for more second chances?

Although God in His mercy will grant additional second chances when we slip up (if we sincerely repent), let’s do our best to take advantage of the wonderful second chance we’ve been given to live our lives for the Lord. With the help of God, we’ll win the prize this time around.