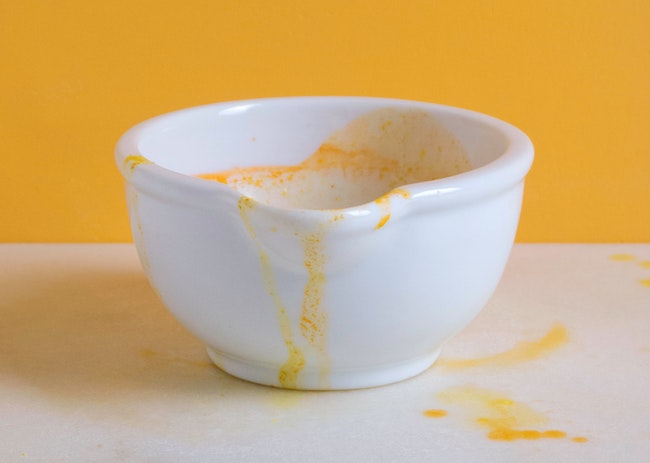 If you’re in my age bracket, you may remember a popular television show whose theme song began with the words “Schlemiel, Schlimazel.” In case you were ever wondering what these words mean, “Schlemiel” is a Yiddish word that is typically used to describe a clumsy person who often spills soup on someone else. And “Schlimazel”? Well, he’s the poor guy who the soup gets spilled on.

The question for today is: Who do you want to be — the schlemiel or the schlimazel? Now, if we were really talking about spilling soup, perhaps many of us would be kind enough to prefer the soup in our own laps rather than spilling it on someone else.

However, suppose we’re talking about something else in our “bowl.” Let’s picture a bowl filled with our beliefs, our values, what we have been taught by the Lord, what we stand for, etc. Now, if the choice is to “spill” these beliefs and values onto others — influence them to be more like us — or have others influence us with their beliefs and values, which would we choose? It may seem like a no-brainer that we would choose the first option (the schlemiel path) but how often do we actually allow others to influence us rather than the other way around?

In Mormon 3, Mormon resigns his position as the leader of the Nephite army. He has done his best to influence the Nephites by displaying the love of God to them, praying for their protection, and exhibiting faith. However, the Nephites instead choose to emulate the murderous behavior of the Lamanites, so Mormon refuses to lead them in their quest to “go up unto their enemies to battle, and avenge themselves of the blood of their brethren” (verse 14).

Seeking revenge against someone is a clear case of allowing someone else to spill their soup on you — he did this to me so I’m going to do the same thing (or worse) back to him. As God tells Mormon at this point, “Vengeance is mine, and I will repay” (verse 15). If someone needs to be punished for what they have done to you, let God be the one to do the punishing. Bad behavior toward someone else doesn’t become more acceptable just because we think we have a good reason or we think the person deserves it.

The last few verses of Romans 12 covers this topic well:

“Recompense to no man evil for evil. Provide things honest in the sight of all men. If it be possible, as much as lieth in you, live peaceably with all men. Dearly beloved, avenge not yourselves, but rather give place unto wrath: for it is written, Vengeance is mine; I will repay, saith the Lord.” (Romans 12:17-19)

The final verse of Romans 12 reads, “Be not overcome of evil, but overcome evil with good.” In other words, when it comes to good vs evil: Don’t be a schlimazel; be a schlemiel.