Rough Times and God’s Will: Redux 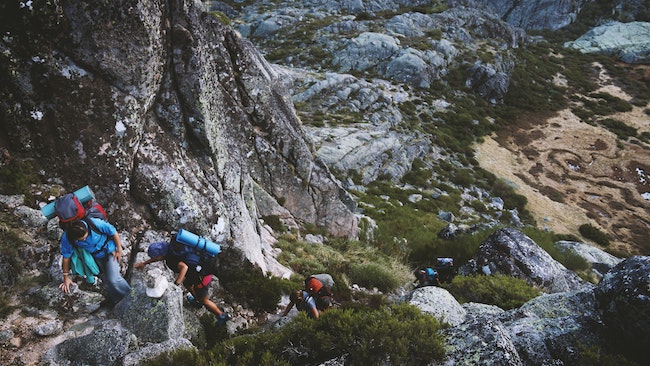 As I was pondering what to write for this article, I was led to review old submissions, as maybe something I’d written previously would apply today. This one was written over six years ago in March 2014. Applying to today’s situation might be an understatement. I’ve left it as it was originally written and hope it brings a blessing to you. May God bless and keep you is my prayer.

Have you ever experienced a rough time in life? I know I have. In these cases, there was at least one small moment, if not many, where I wondered why it was happening. It’s human nature to question it. But quickly, the Spirit kicks in and reminds me to trust in God. There has to be a purpose to the situation, especially if the cause is something outside of my control.

I’m sure many people reading this have had times like these: maybe a loss of a job, sickness, etc. When times like these happen, I know God’s will is better than my own. I know that if I leave it to Him, He’ll see me through to a brighter tomorrow. He’s done it with others before, so I know He can do it for me.

Here are a few examples…

Joseph’s jealous brothers sold him into slavery. Here’s an innocent man who spent several years in bondage. But there was a greater purpose. Joseph would be used to save all Israel. When Pharaoh had his dreams of the seven plentiful years and seven famine years, Joseph was called to interpret since he had done so a few years prior for the chief butler. When he gave Pharaoh the interpretation, he was made second-in-command of all Egypt. Thus, when his family came for food, he not only provided it for them, but was given permission by Pharaoh to allow them to live in the land of Goshen.

Joseph’s rough time in prison gave way to being reunited with his family and saving them from starvation.

Jesus Himself is another example. As He went to the Mount of Olives just before He was arrested, He began to pray. He asked the Father if he could pass the cup of suffering, but Jesus also said, “…not my will, but thine, be done.” He was willing to do what was necessary according to God’s will. After suffering more physical punishment than I think any other human could have gone through and lived (including being under such stress that He sweat blood), He was crucified. But none of it was in vain. He rose on the third day, breaking the bands of death and giving all mankind the ability to be with God again.

Jesus’ rough time gave way to being on the right hand of the Father and saving all of us!

So, the next time the going gets rough, I’ll think back to what these two went through and know that God has a plan, and I’ll get to something better, too, by being patient and listening to Him.