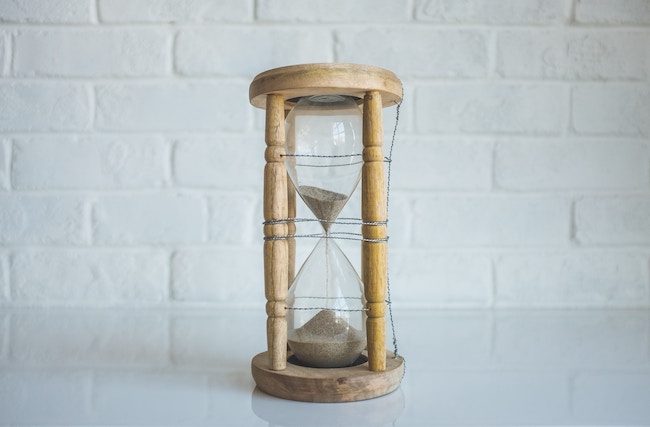 The date is December 21, 2019, and as I sit at my kitchen table early this morning, I read a message requesting prayer for Brother Paul Palmieri. I love Brother Paul’s testimony of being called into the Gospel. It’s short, simple, and succinct. He was at college, sitting in a chapel service, and he heard the voice of God say, “Redeem the time.” He knew it was his time to be baptized. I won’t go on, since it’s not my experience to tell, but he has shared it on enough occasions that those three words stuck with me. “Redeem the time.” We “sing of our Redeemer,” Jesus the great redeemer. Have you been redeemed? In churchese or church-speak, we hear the word “redeemed” often. But out of church, we may not hear it every day, (unless you’re a big Amazon shopper and you have points to redeem).

“Redeem the time” has had a different meaning for me this week. Remember, I said today is December 21, 2019? On December 27, 2019, I am scheduled to have life-altering surgery. I hope that by the time you’re reading this article, I will know if the surgery was successful. But let’s get back to the subject.

During the last two weeks, I have fervently tried to redeem my time before I head to Cleveland for the surgery. I have cut down failing trees (albeit small trees), ripped out dying bushes, raked and removed old mulch, cut back plants that are on their last limb, planted 35 new plants and laid 20 bags of mulch. That’s just the outside of my house. I’ve been dejunking the interior and cleaning closets. I have made sure the bills are paid and the auto-payments are correct.

The doctor said my recovery will be a minimum of one month. I am redeeming the time. What if my recovery is longer? Who will weed? Who will clean the house like I want it cleaned? If this surgery wasn’t looming over my head, would I be in this rush and making good use of my time? Probably not.

Redeem the time. I have never been a procrastinator, but to be honest, since I stopped working over a year ago, I’ve fallen into a different category. I leave mail on the counter, which drives me crazy, but I do it anyhow. I’ll get to it later. I don’t visit or call as many people because, after all, there’s tomorrow, and I’ll have time then. I won’t labor the point and go on with more examples, but you get the idea.

Facing a surgery like this makes you evaluate where you are in your life. Or at least it has for me. I’ve had difficult conversations that I need to have with people, just in case… I’ve visited with people who I haven’t spent much time with in the last few years. I sent a LOT of Christmas cards out this year, mainly because I’m reaching out to people who I haven’t interacted with recently. I’ve tried to be more loving to those around me.

I’m preparing for the worst and, all the while, making excellent use of my time. I am redeeming the time that God has given me. I regret the days that I let slip by without accomplishing anything important. There are days when one of my kids will call and say, “What did you do today?” So that I’m not embarrassed to say, “Nothing,” I say something like, “I worked in the yard,” which, in reality, means that I took our dog out and picked a few weeds while waiting for him to accomplish what he went outside to do.

We don’t have “favorites” in Church, but truth be told, Brother Paul’s testimony (and Brother Paul) is one of my favorites. I watched him redeem the time. During his tenure as the president of the Church, he was a great example. He’s still a great example, and I’m sure he’s still redeeming the time, but we just don’t see him in the limelight as much as we once did.

When we are born, God knows our birthday and He knows our “deathday.” We’re the only ones who can redeem our time. Jesus didn’t waste time when He redeemed us, and He didn’t waste the time that He spent on this earth. The Bible records 37 miracles that Jesus performed. Let’s not waste the days in between our birthday and our deathday. Once my recovery is over, my goal is to remember this time in my life and be better at redeeming my time. And if you’re not at the top of your game right now, I encourage you to try harder at redeeming your time. 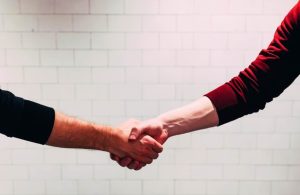 What Being a Salesperson Taught Me About Spreading the Gospel

As I slipped into the passenger side of the green Ford Taurus on that cold December day, the VP of Advertising for the Dayton Daily News said, “Did you bring today’s paper?”  “No.” I sheepishly replied.  “Always bring the paper. How are you going to show...