Recognizing Jesus and Following Him 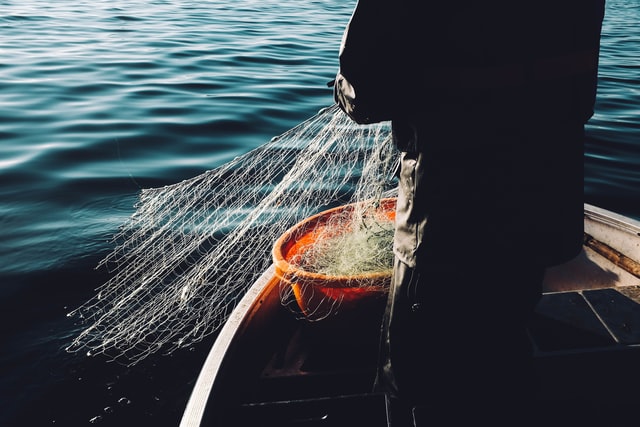 Sometimes, I kind of feel bad for the Brother of Jared. The poor guy doesn’t even get his name mentioned in the scriptures — he’s known totally by his relationship to someone else. If you’ve ever experienced being referred to as this one’s wife or that one’s son, then you know what it feels like. You know that you have your own identity — you just wish that others would realize it too.

The Apostle who is the subject of this blog is a man who had a similar challenge. He is introduced as “Andrew, Simon Peter’s brother” (John 1:40). In describing the day when Jesus called the two brothers to be “fishers of men,” Matthew and Mark refer to them as “Simon called Peter, and Andrew his brother” (Matthew 4:18, Mark 1:16) while Luke omits Andrew’s name altogether. Clearly, this is someone living in his brother’s shadow.

Yet, Andrew distinguishes himself in a specific way. He is among the first — if not the first — of the twelve men who would eventually become Apostles to recognize Jesus and know that He is the one to follow. How does he recognize Him? What makes him decide to follow Jesus?

The Witness of the Holy Ghost

Andrew is originally a follower of John the Baptist. John informs his followers that the Messiah is coming and they will be able to recognize him as follows: “Upon whom thou shalt see the Spirit descending, and remaining upon him…this is the Son of God” (John 1:33-34). After Andrew witnesses the Spirit upon Jesus after His baptism, he spends time with Jesus and is convinced that He is the one to follow. Andrew then brings his brother, Peter, to meet Jesus.

The Power of God

After a church meeting, Jesus comes to visit the home of Andrew and Peter. Peter’s mother-in-law is there, and she is in bed with a fever. Rather than dispensing worldly wisdom on how to care for her, Jesus “came and took her by the hand, and lifted her up; and immediately the fever left her, and she ministered unto them” (Mark 1:31, Matthew 8:15). Andrew witnesses the power of God that accompanies Jesus, which reinforces his decision to follow Him.

The Calling of God

After Andrew and Peter had worked all night and caught no fish, Jesus boards their ship and tells them to let down their nets again — when they pull them back up, the nets are so filled with fish that the ship actually begins to sink under their weight (see Luke 5). Jesus then tells the brothers, “Follow me, and I will make you fishers of men. And they straightway left their nets, and followed him” (Matthew 4:19-20).

Andrew displays the ability to recognize Jesus for who He is and then follow Him. He allows the Holy Ghost to direct him. He witnesses and is affected by the power of God, and he feels and responds to the call of God upon him.

Can we do the same today?

We are faced with many choices in life. For many months, we have had to make choices regarding how to interact with a potentially deadly disease. This week, we were called upon to make choices regarding political offices. For various causes that affect mankind, we choose whether or not to follow certain individuals. In our own lives, there are many times when we need to choose to go this way or that way.

As servants of God, it should be our desire to follow Jesus Christ at all times. However, what do we do when it’s not that obvious which option equates to following Jesus? How do we recognize Jesus in the midst of the chaos of the world such that we can follow Him? Let’s learn from the example of Andrew:

Andrew could have followed any of the leaders of the day, but as soon as he recognized Jesus, He was quick to follow Him. He did so in spite of losing his business, in spite of being ridiculed by others, in spite of putting his life at risk. Not bad for someone who was known as Peter’s brother.

For all of us who have a desire to follow Jesus today — Let’s make sure that we recognize His presence in the choices of life. That’s the only way that we can be assured that we are actually following Jesus as opposed to following someone else.