Proof Through the Night 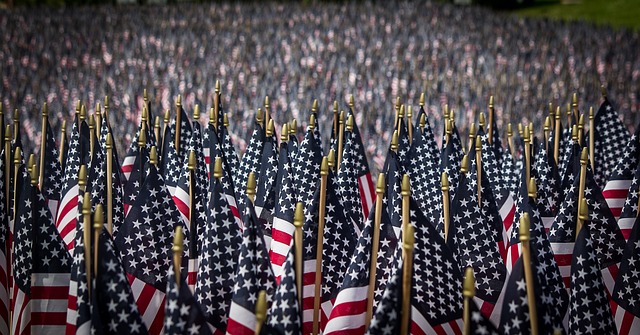 As we enjoyed the Winter Olympics this year — well, what we were able to catch — it yet again brings that sense of pride that we have in our great country. This year, God gave me a special blessing as I listened to the divinely inspired words once scribed by Francis Scott Key back on September 14, 1814. (Please remember that date.) As I listened to the words, I could see the scene that was unfolding before him as he wrote what has now been accepted as our national anthem! Here are just a few:

“O say, can you see, by the dawn’s early light,
what so proudly we hailed at the twilight’s last gleaming,
whose broad stripes and bright stars through the perilous fight,
o’er the ramparts we watched, were so gallantly streaming?
And the rockets’ red glare, the bombs bursting in air,
gave proof through the night that our flag was still there.
O say, does that star-spangled banner yet wave
o’er the land of the free and the home of the brave?”

I want to call your attention to this simple phrase, ”And the rockets’ red glare, the bombs bursting in air, gave PROOF through the night that our flag was STILL THERE.”

I was made to ponder the last four months in the life of my young family. Tears began to roll down my cheeks because those words meant a little more to me this Olympic season than ever.

In September 2017, we almost lost our son to a heart infection at the time of his birth. Two and a half months later, I was let go from my employer of 13 years in a company-wide realignment. Why am I sharing this, and what is the connection?

Well, with all glory to my Lord and Savior, Jesus Christ, I can say that our little boy is doing very well and is growing and as healthy as can be. I have since found employment to support my family, and again, “I glory in my Jesus” for His providence. Through these difficult times, a time where bombs were “bursting” in our life, only PROVED to us as a family that THE LORD was STILL THERE! It illuminated to us His constant presence and care for our needs.

In the days of the children of Israel, God guided them with a cloud by day and a pillar of fire by night. He was PROVING to His chosen people that He was STILL THERE even in their darkest moments!

One of our darkest moments was, yet again, on the morning of September 14, exactly 203 years later as Rachael and I awoke in our dark, quiet hospital room — much like Francis Scott Key on that morning as he, “peered through a spyglass and spotted an American flag still waving over Baltimore’s Fort McHenry after a fierce night of British bombardment.” That was the morning after our son’s birth. What a dark night it was, but looking back, we can see how God PROVED to us His faithfulness. There were many more dark nights to come, but about a month later, we were home with our precious little son!

May God uplift you today. If you are feeling those bombs bursting around you in your life today, please know that somehow God can let you know and PROVE to you that He is STILL THERE! (Mosiah 24:14)

Miracle Monday Themes Are Back!

We’re going to start back up with themed months for Miracle Monday. Our focus for April is dreams and visions. Have you had one that you’d like to praise God for? Perhaps God gave one to someone else on your behalf. Now’s the time to share! Click here to send your story online or email us at TCOJCblog[at]gmail.com.