Preparing for Something Greater 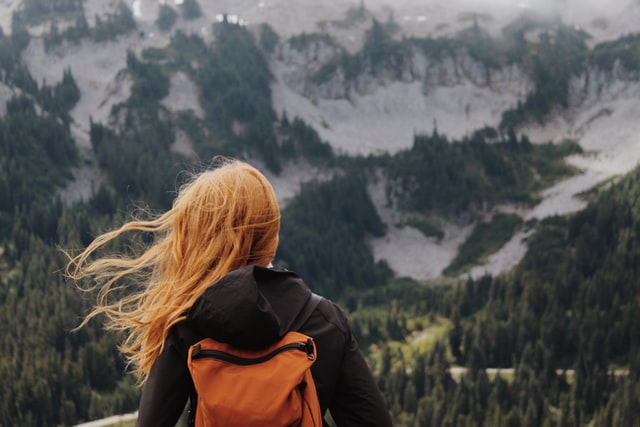 Jesus had a cousin named John. If you were living in Judea at the time, then you probably would’ve been impressed by the large mansion that John lived in. (Oops, no, he actually lived in the wilderness for most of his life.) Maybe you would’ve recognized him from his expensive outfits. (Well, not exactly. He wore simple clothes made from camel’s hair.) You might’ve eaten at some of the same restaurants. (Except that he limited his diet to locusts and wild honey.)

In reality, by worldly standards, John would not have been considered very successful in life. However, John grew up with the knowledge that God had a special purpose for him, one that had been spoken of by the prophets:

“This is he that was spoken of by the prophet [Isaiah], saying, The voice of one crying in the wilderness, Prepare ye the way of the Lord, make his paths straight.” (Matthew 3:3, quoting Isaiah 40:3)

If John ever had any doubts that the hand of God was upon him, all he had to do was to recall the testimony of his parents, Zacharias and Elisabeth (see Luke 1). This couple had been unable to have children and had reached an advanced age when an angel announced that Elisabeth would give birth to a son who would be used to prepare the way for the coming Messiah. Zacharias doubted at first, and he was struck dumb for the entire pregnancy. But his speech was restored when he made the baby’s name official by writing, “His name is John.”

Other people living at that time might not have believed that John was anyone special. The Pharisees — who measured God’s favor in terms of worldly prosperity — would’ve had an especially hard time believing that God would choose to use someone like John. Yet, John just kept preparing himself in the wilderness, awaiting the day when he would begin to preach, “Repent ye: for the kingdom of heaven is at hand” (Matthew 3:2).

Although none of us will have the same calling as John the Baptist, any of us can be used in some way — perhaps even a great way — to further God’s kingdom. Perhaps when we look at where we are in life, we may think there’s no way this will ever happen. This is where we need to trust in God — that He will make a way for us to be used in His way, at His time.

Meanwhile, let’s prepare ourselves for something greater:

It’s possible that none of the above scenarios will come to pass in our individual lives, but it certainly wouldn’t be wasted time or effort for us to do the things that prepare us to potentially be used for something greater in God’s kingdom.

And since we know that great things are coming for the kingdom of God, it’s important that as many as possible are prepared and ready to be used.

When John the Baptist began preaching and baptizing people, observers might’ve thought what he was doing was a good work (which it was). But, of course, he had something much greater in his future — the baptism of Jesus Christ, the Son of God. (That will be the topic of the next article!)

But even as we consider the great honor that was bestowed on John the Baptist, keep in mind that somebody had to baptize Jesus. Likewise, there will be things that need to be accomplished for the kingdom of God in the future that somebody will have to do — it could be you!

So, prepare yourself for something greater. When God comes calling, you’ll be glad you did!