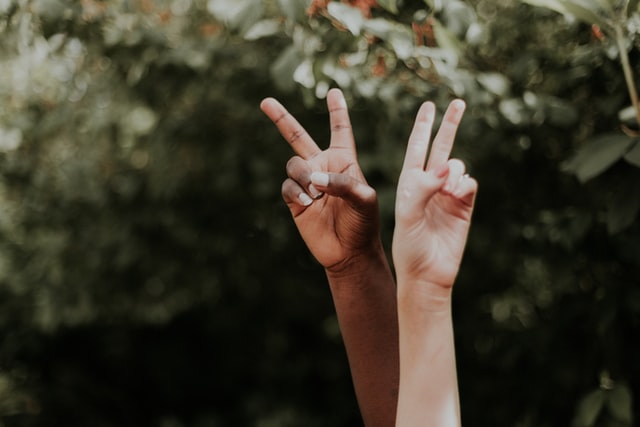 Today’s article is part of Brother Jerry Valenti’s series on the Life of Jesus.

And suddenly there was with the angel a multitude of the heavenly host praising God, and saying, Glory to God in the highest, and on earth peace, good will toward men (Luke 2:13-14)

After the angel of the Lord announces to the shepherds that Jesus Christ has been born, a glorious sight is beheld — a congregation of angels and heavenly beings praising God together!

They are celebrating God’s act of goodwill toward mankind in sending His Son — the “Prince of Peace” — to earth.

Did the birth of Christ bring about a condition of peace on earth? No, that was actually not the intention for that time. Years later, Jesus told the people:

What’s the meaning of this statement? Well, when it comes to Jesus, there is no such thing as compromise. Either you’re with Him or you’re against Him. So, unless you’re lukewarm about your belief in Christ, you will automatically be at odds with someone who believes the opposite way that you do.

That hardly seems like a recipe for peace on earth.

So, how do we achieve peace on earth?

Is it something that’s even possible? Can we all just promise that we’re going to be nice to each other? How about If we make it a law that everyone has to be treated with “dignity and respect” — will that do it?

There is actually nothing that people can do on their own to bring about a condition of peace on earth. The only way it can happen is for every knee to bow and every tongue to confess that Jesus Christ is Lord. That’s right — everyone needs to have Christ as their Lord and allow the Holy Ghost to direct them to follow His teachings, thereby treating other people in the proper way.

Then, we will truly have peace on earth.

Oh, is that all that has to happen? Convert everyone in the world? Sounds like we shouldn’t be expecting peace on earth anytime soon then, right?

Well, before we worry about the whole world, let’s begin by getting our own houses in order.

Setting our sights a little higher, is the Church united in Christ?

On the surface, that may seem like a silly question. If we’re all members of the same Church and we all carry the same Holy Spirit, shouldn’t we be united in Christ by definition? Yes, we should be. However, we do at times see some disunity which is an indication that not everyone is looking to Christ at those times. We each need to do our absolute best to look to Christ for direction at all times. If we do, then we can expect Him to lead us all in the same direction, which will allow us to experience peace in the kingdom of God on earth.

Now, what about the world? Can we really expect that there will be a time when everyone will believe in Christ?

Well, God’s got that one. For now, we as a Church are trying to spread the gospel throughout the world, but the time will come when time will run out for the world, and then God will take action.

When the dust clears, we will be living in a place where everyone is a believer in Christ. The city will be called New Jerusalem (by definition, “a city of peace provided by God”). Jesus will appear there during this Peaceful Reign (also known as Zion). Believers will finally experience peace on earth!

So, for now, let’s do our best to have peace on earth in our own little circles while we wait for God to establish the ultimate peace on earth. In each case, the basic ingredients are the same — faith in Christ and a willingness to follow His direction. None of us can bring about peace on earth based on our own wisdom. Only God can do it through His Son, Jesus Christ. That’s why the heavenly host mentioned “peace on earth” when He was born. Finally, the one who would eventually bring about that condition had come to earth.