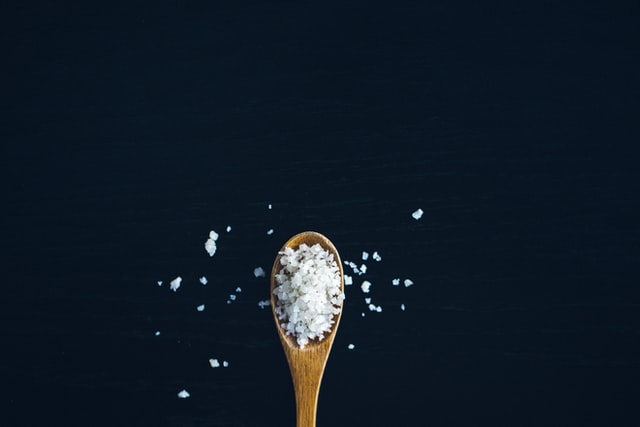 “Ye are the salt of the earth: but if the salt have lost his savour, wherewith shall it be salted? it is thenceforth good for nothing, but to be cast out, and to be trodden under foot of men.” (Matthew 5:13)

There are many types of food that taste better with salt added. When I’m having eggs, I always keep the salt shaker nearby. Steak also comes to mind as something that needs a little bit of salt to draw out the flavor. For some types of food, the person preparing it adds salt so the food tastes just right.

Some people just really like salt, so they pour it on all of their food such that everything tastes pretty much the same — salty. This is really not the purpose of salt. Rather, salt is intended to enhance and draw out the natural flavor of various types of food that may otherwise remain hidden. Meat will still taste like meat and eggs will still taste like eggs, but each will taste better as a result of having the salt added.

If we’re to be the salt of the earth, then our interactions with people need to serve a similar purpose as what salt does with food. Our goal is not to make everyone exactly the same. Rather, we seek to enhance the lives of people and draw out their God-given value by adding Christ and the teachings of the Word of God to their lives.

While there are some personality traits that are sinful or hurtful that need to be revised or eliminated when a person comes to Christ, there are many traits that are just part of who someone is that uniquely make up that person. For example, some people are very serious-minded while others make everyone around them laugh. Some people are very social while others prefer to keep to themselves. None of these necessarily need to change just because the person has come to Christ.

In fact, there are times when a trait that was previously used for evil can be used for the work of God when the person is converted. Think of the Apostle Paul whose blunt, combative style resulted in the torture and death of many early followers of Christ. However, God referred to him as a “chosen vessel” (Acts 9:15) and his same blunt, combative style was used to bring many people to Christ and start many churches throughout Asia and Europe.

When a person is baptized and receives the Holy Ghost, the Lord will do whatever changing is necessary and will preserve whatever can remain the same within each individual. So, as we speak to people about the Lord, let’s do so primarily with the goal of having them repent of their sins and give their lives to Christ. We can serve as the seasoning (the salt) and the Lord can bring out the natural flavor of the person.

“Let your speech be alway with grace, seasoned with salt, that ye may know how ye ought to answer every man” (Colossians 4:6)

One last point about salt — it only works when it’s OUT of the salt shaker!

Yes, the salt is safe when it’s in the shaker. It’s even safer when it’s in the pantry or up on a high shelf where nobody can get at it. However, until it comes out to be used to season something, it’s not doing anybody any good and it’s not fulfilling its purpose. You may as well throw it on your icy sidewalk so you can walk on it.

There is one major difference between us and regular salt. Salt has no ability to decide whether or not it will be used. We, on the other hand, do get to choose to what extent we want to be used by the Lord. We can choose to stay in the salt shaker or on the shelf, or hidden away in the pantry, or we can allow ourselves to be actively used to season the lives of others. Which do you choose?

Right now, there are people who don’t know the Lord who are leading tasteless, sinful lives. Prayers are going up to “pass the salt.” Who is willing to leave the salt shaker and be the salt used to bring the flavor of Christ into the lives of these people? Will you?