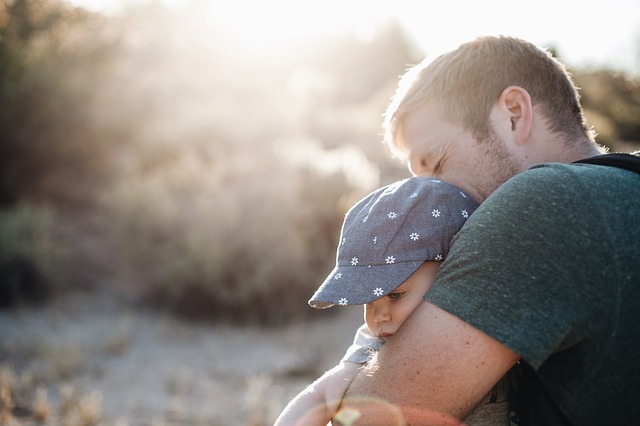 In Mosiah 11, Zeniff retires as king and names his son, Noah, as the new king. Unfortunately, Noah was nothing like his father:

Under the leadership of King Noah, the people also became sinful. It got so bad that God sent a prophet to preach repentance to the king and his people, but the words fell on deaf ears, and they threatened to kill the prophet.

For however long Zeniff and/or his wife were still alive to witness the above, they were probably embarrassed by what their son was doing. They may have blamed themselves — “Where did we go wrong?” — or even blamed each other — “You were so busy being king that you didn’t spend enough time with him,” “Well, if you didn’t coddle him so much and let him be a mama’s boy, then he would have turned out better,” etc.

Maybe Noah’s parents even felt that other people were critical of their parenting skills, saying things like “How could a couple like Zeniff and his wife raise a son who turned out like this?” or “I guess they didn’t bother to teach him the ways of God.” And there probably were people saying those exact things!

If you’re a parent with adult children, then there are probably ways in which your children didn’t turn out exactly as you hoped.

However, our adult children can also make choices that affect their lives in a negative way. Some may turn to drugs or alcohol. Some may engage in sexual behavior that results in broken or unstable relationships, illegitimate children, disease, etc. Some may commit crimes. Some may choose to hurt other people. As painful as it is to watch this happening, let’s not increase our misery by blaming ourselves, thinking that if we had been better parents, this wouldn’t have happened. Once our children are adults; the choices they make are up to them. The way we raised them will influence them but many other factors will too.

This applies to church participation as well. Although I assume that the large majority of our children have grown up to be good, responsible, loving people who are leading productive lives, it’s also true that many of them are not active members of the church that we, their parents, raised them in. The reasons for this are beyond the scope of this particular article, but I want to say this to the parents: Don’t blame yourself!

If you did your best to bring your children to church and teach them the ways of God and to be good examples to them as they were growing up, then you have nothing to be ashamed of. As with the other examples above, you’re not responsible for the choices your adult children make. It’s their choice whether or not they will serve God and whether or not they will be part of The Church of Jesus Christ. We, of course, hope and pray that they will, and we will always encourage them to do so, but it’s ultimately up to them.

I know there are parents struggling with situations similar to the ones described above, so I write this with you in mind, and I hope you find comfort in these words. We should not blame ourselves for what our adult children choose to do, nor should any of us cast judgment on our brothers and sisters for the choices made by their adult children. Let’s continue to show the love of God and be good examples to all of the adult children of the church (including our own, of course) and pray that they will be open to the influence of the spirit of God in making their choices in life.