Out With the Old and in With the New 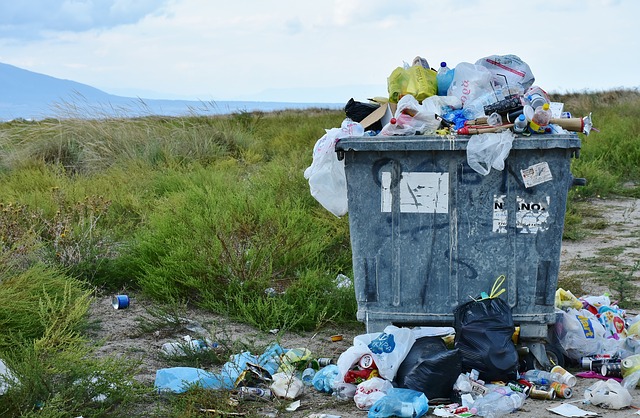 This week, we’re featuring a series of blog articles that all relate to the New Year — new beginnings, fresh starts. Today’s article was originally published on Jan. 10, 2013.

My husband decided to clean out our basement. In doing so, he noticed many items we no longer used that were just taking up space, causing clutter. A lot of it was old clothing that we used to wear at one point in our younger days, worn out shoes that no longer fit, furniture that no longer had its shine, and our children’s baby items and toys they eventually outgrew. Some of our belongings brought back precious memories, and some brought back “not so pleasant” thoughts.

After going through all our things, we figured it was time to part with most of them. We thought about having a garage sale but didn’t want money, so we decided to just give the things to whomever was in need. Garbage pickup is every Wednesday morning, and at the time of our cleanup it was approaching noon on Wednesday, so we figured it was a good time to leave the things on the side of the road for someone to just take. After all, a whole week would pass by before the next pickup, so if anyone out there needed it, that would give them plenty of time to pick it up.

Sure enough, little by little, we noticed our things disappearing from our front lawn. Each time I heard a car, I’d peek out the window to see who wanted what. At times, I was surprised to see what someone would actually take. I kept thinking about that quote, “Someone’s trash is another man’s treasure.”

Well, that following Tuesday rolled around before we knew it, and there was still a decent amount left. At this point, I doubted that anyone else would stop by for the remaining “trash.”

Later on that night — the night before garbage pickup — there was a knock at the door. It was a gentleman who asked if he could take the rest of our belongings. Not really sure why he would want whatever was left, we explained to him that it was really all useless, but he still insisted and said, “I’ll just take it all off your hands regardless of whether or not the items are broken, useless, or old.” We told him that would be fine (being that we would have to pay a small fee for the garbage removal to take the rest). We considered it as a blessing.

My mind immediately thought of just how many times Jesus has taken all of our “junk” away from our lives. How many times has he cleansed us by ridding us of the filth we had lingering around, cleansed our thoughts and guided our actions?

Our old shoes replaced with new ones for our feet to walk in, on a new and better path! He helped us put away the old man and dressed us in new clothes without spot or wrinkle. He’s left us polished in His word, no longer tarnished and dull. We brighten up with each piece of scripture we read or church service we attend.

We should be so thankful that the Lord has taken all that trash from us. In doing so, He left us with such treasure. Thank you, Lord!

“But ye have not so learned Christ; If so be that ye have heard him, and have been taught by him, as the truth is in Jesus: That ye put off concerning the former conversation the old man, which is corrupt according to the deceitful lusts; And be renewed in the spirit of your mind; And that ye put on the new man, which after God is created in righteousness and true holiness.” (Ephesians 4:20-24)