Our Own Strength (Helaman 4) 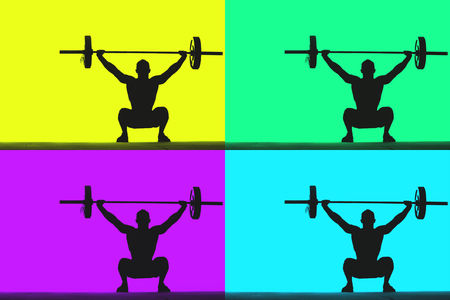 In Helaman 4, the Nephites lose a series of battles that cost them many lives and many cities. According to the record, this great loss was avoidable:

A sinful way of life among the Nephite people, including those who were members of the church, appears to have been the root cause of this tragedy. So, does that mean this was a punishment from God? Not exactly. Due to the wicked conditions, God just withdrew, leaving the people without His blessing and protection — “they were left in their own strength; therefore they did not prosper, but were afflicted and smitten” (verse 13).

In many of the battles we read about in the scriptures, God helps one side to win by providing strength, wisdom, insight, and protection, or even occasionally by intervening directly in some supernatural way. There are some battles, though, especially in the latter part of the Book of Mormon, where God helps neither side. In these battles, whichever side is stronger or fights better on that particular day wins the battle. The winner isn’t helped by God and the loser isn’t punished by God — they all just fight with their own strength.

In the events of everyday life today, the concept is the same. In some cases, God intervenes to help someone; in other cases, He is not involved at all. And, when He is not involved, there will, of course, still be plenty of things that work out in someone’s favor as well as plenty of times when things don’t work out. In these cases, everyone is just doing the best they can with their own strength. It’s why lots of people who don’t serve God experience success in this life.

To an unbeliever, this might seem like the fairer way to go — the battle goes to the stronger. However, we as believers should shudder at the thought of facing the world armed with just our own strength. We know that our strength is in the Lord.

Imagine facing hard times in life without the Lord at our side, providing peace and comfort. Imagine going through an illness — whether our own or that of a loved one — without being able to pray about it. Imagine having to make difficult choices in life without any guidance from God whatsoever. Thank God for the strength He gives us; we can’t live without it.

Obviously, this doesn’t mean we always “win.” In many instances, God just lets life play out as it will. However, we trust God to know that when He deems it necessary, He will provide the strength we need to win a victory or endure a defeat. One obvious example of a victory is when He gave us the strength to win the greatest battle of all — the one that resulted in giving our life to Christ and having our names written in the Lamb’s Book of Life. We will be celebrating that victory for all eternity.

So, let’s acknowledge that we need the strength that comes from God in order to live a life for the Lord. And, to the best of our ability, let’s not allow sin to interfere with our relationship with God. Now that we’ve experienced the strength that comes from God, it would be very frightening to have to face the world relying only on our own strength.

First Verse of the Hymn, “O God, Give Strength”

O God, give strength to all thy saints
And courage give them, too
And, O lend us thy mighty aid
To conquer every foe
Thy saints are weak, but Thou art strong
There’s all, there’s all we want in Thee
And Thou hast promised us Thine aid
When we united be