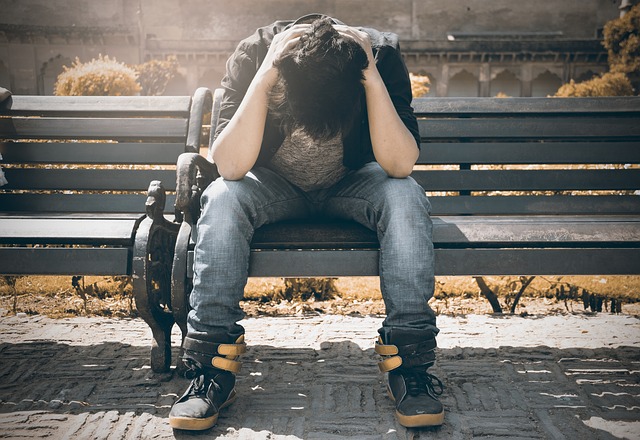 Today’s article was originally published by the Student Support Program in May 2013. Click here to read the full newsletter.

“Father, I have sinned against heaven and against you. I am no longer worthy to be called your son.” (Luke 15:21)

The tale of the prodigal son is as universal as any of Jesus’ parables and is an important story about the Lord’s unfaltering and all-encompassing love for us. For me, this parable recalls my early college years as a young man searching for true happiness.

I grew up with the full knowledge and truth of The Church of Jesus Christ but was always reluctant to commit myself to a life of righteousness. I lived nearly two hours away from the nearest branch; I was ready to start college, and my 18-year-old self decided to not commit.

When you realize you’re finally on your own, something exciting and scary happens. The autonomy that you’ve wanted all throughout high school is finally granted, and you’re free to do whatever you want. No longer can anyone force you to wake up, go to class, eat healthy, or even attend Church.

I always imagine the prodigal son experiencing that same abrupt change in supervision. After all, the word prodigal does mean “wastefully extravagant,” and anybody who has had a college meal plan knows exactly what I’m talking about.

Following in the footsteps of the prodigal son, I attempted to make the most of my experience in college. I mean, who wants to stay in on a Friday night when everybody else is making memories, right? As a result, I joined a fraternity and enveloped myself with new friends, new ideas, and a new attitude that reflected a desire for engaging in anything that provided immediate gratification, without concern for any of the long-term consequences.

The more I enjoyed my college experience, the more I thought my spiritual life could take a backseat. As Proverbs 16:18 (and my mother) like to remind me, “Pride goeth before destruction, and a haughty spirit before a fall.” The more I put a priority on the things of the world, the more I believed that everyone around me was genuine and had my best interests at heart. It was a belief that would prove to be costly.

“But he that heareth, and doeth not, is like a man that without a foundation built an house upon the earth; against which the stream did beat vehemently, and immediately it fell; and the ruin of that house was great.” (Luke 6:49)

After a year of shallow happiness, the house built upon my sandy foundation began to fall apart in my second year of college. My roommate and best friend both passed away in a car accident after spending a near-sleepless night at the fraternity house. I watched myself and many of my friends try to cope with their deaths through anger, isolation, alcohol, and apathy while never questioning the destination of our own souls.

Shortly after, I broke up with my longtime girlfriend who began dating another member of my fraternity. These experiences brought my house down just like in Luke 6:49, as I had built my foundation on sand rather than on the teachings of Jesus.

I began to question everything: my choice of friends, personal beliefs, lifestyle, and understanding of God. At the moment when I had nothing, that’s when I found everything.

Even though I would have been content to work as a “swineherd” for the Lord, He prepared a feast for me and welcomed me back with open arms. I went to Church for the first time in almost a year and was prayed on by the ministry for the guilt and pain I experienced. I was healed immediately and felt the Spirit for the first time!

The rest is history, as some would say, and since then I have strived to build a foundation worthy of God’s grace and will always remember the love He showed me upon my shameful return.

My desire is not for this to be a cautionary tale of the “dangers” of college; rather, I felt guided by the Lord to share how much He loves us. If you feel like I did, like a prodigal, and you’re sorry for everything you’ve wasted, then remember how the story ends.

“And he arose, and came to his father. But when he was yet a great way off, his father saw him, and had compassion, and ran, and fell on his neck, and kissed him” Luke 15:20.