Meekness Is Not Weakness 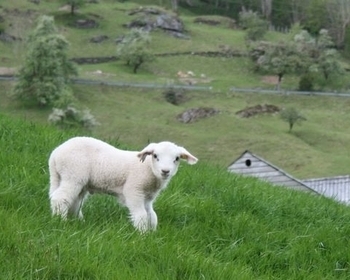 What does it mean to be meek? Well, it depends on who you ask.

Looking up the word in a regular dictionary or thesaurus will give you a list of synonyms that include the following: weak, spineless, timid, spiritless, wimpy and — my personal favorite — milquetoast. OK, so who wants to be described as any of those?

Imagine being capable of being able to do something in a difficult situation but instead holding back and patiently waiting upon God to intervene or direct you. That takes real strength. It’s so tempting to jump in and use our own intelligence or strength to deal with a situation, but that’s actually taking the easy way out — it’s doing what comes naturally — and it may well result in an unfavorable outcome.

Meekness is an attitude of humility toward God, recognizing that He is in control. It’s not the same as weakness, which means we are incapable of acting. Rather, meekness is a conscious choice to do nothing except what is directed by God. Others may assume you are weak or incapable when you don’t act, but it doesn’t matter what others think — it’s more important that we please God.

A great example of meekness is found in Alma 24. The Lamanites who were converted were so convicted of their past sins of shedding blood that they buried their weapons and refused to even defend themselves when the unconverted Lamanites came upon them with their swords. They laid down on the ground and praised God, even as they were being killed.

This may sound extreme but these people were completely willing to put themselves totally in the hands of God. Those who were killed went right to Paradise. Many were spared and, in fact, many of the attackers were so moved by this great display of meekness that they were also converted unto the Lord that day.

And, of course, the greatest example of meekness was Jesus Christ. When He was being arrested, His disciples tried to defend Him with swords, but He stopped them, saying, “Thinkest thou that I cannot now pray to my Father, and he shall presently give me more than twelve legions of angels? But how then shall the scriptures be fulfilled, that thus it must be?” (Matthew 26:53-54).

Jesus was certainly capable of escaping crucifixion but instead He allowed Himself to be “brought as a lamb to the slaughter” (Isaiah 53:7). He left it in the Father’s hands as to whether He would be spared of this fate. He never took matters into His own hands, even when it became apparent that God would not intervene to spare His Son. It’s certainly fitting that Jesus instructs us:

King Benjamin instructed his people to “put off the natural man and become as a child, submissive, meek, humble, patient, full of love, willing to submit to all things which the Lord seeth fit to inflict upon him, even as a child doth submit to his father” (Mosiah 3:19).

If you look around, you can tell who represents the natural man today. It’s everyone who thinks they can straighten out the world through their own strength or intelligence. How’s that working out for them?

Our job is to let people know that God already has a plan for straightening out the world. We’re seeing it unfold before our eyes today. As David wrote in one of his Psalms, “For evildoers shall be cut off: but those that wait upon the Lord, they shall inherit the earth. The meek shall inherit the earth; and shall delight themselves in the abundance of peace.” (Psalm 37:9,11).

The above was the basis of the third beatitude in the Sermon on the Mount, when Jesus told the people:

“Blessed are the meek: for they shall inherit the earth.” (Matthew 5:5)

So, no matter how tempting it may be, let’s not try to take matters into our own hands. God is still in control, and things will work out the way He wants them to. Remember that meekness is not weakness — it’s having the strength to limit our actions to what God wants us to do.