Meaningful Monikers: Much More Than Just a Name

This is Day 3 of our special Book of Mormon series. Enjoy!

Etymology in scripture was important. The Lord renamed Jacob, “one that takes by the heel” to Israel, “he that strives with God.” The meaning of the names can relate directly to the story and events. In the story, Jacob literally grabbed the heel of his brother at birth and wrestled with the angel of the Lord later in life. His names make sense given the details of his life.

The Book of Mormon similarly has names with etymologies that reflect the storyline. Just like Israel’s name connects directly to the story, we have similar examples to draw from. Let’s take a look at one of the most prominent names and figures in the Book of Mormon: Nephi.

Nephi was an author, prophet, shipbuilder, metalworker, and all around hero in the Book of Mormon. His righteous cultural descendents were called Nephites; many kings bore his name; many others also received his namesake.

Nephi comes from an Egyptian name meaning “goodly or fair.” Let’s see if Nephi’s name (like Jacob’s) connects to the details of his life. 1 Nephi 1:1 starts off with, “I, Nephi, having been born of goodly parents…” Nephi starts the Book of Mormon by giving his name and also placing it in context. He probably knew the meaning of his name, “goodly,” and reflected his namesake to his parents.

If Nephi means “goodly or fair,” then Nephites would naturally extend to mean “goodly ones” or “fair ones.” Interestingly, Mormon laments the slaughter of the Nephites at the end of the Book of Mormon crying out: “O ye fair ones, how could ye have departed from the ways of the Lord! O ye fair ones, how could ye have rejected that Jesus, who stood with open arms to receive you! Behold, if ye had not done this, ye would not have fallen. But behold, ye are fallen, and I mourn your loss. O ye fair sons and daughters, ye fathers and mothers, ye husbands and wives, ye fair ones, how is it that ye could have fallen! But behold, ye are gone, and my sorrows cannot bring your return” (Mormon 6:17-20).

Mormon’s cry is an anaphora, or a literary device where a word gets repeated at the beginning of consecutive clauses. He is clearly outlining that the adjective “fair” or “goodly” once accompanied the term Nephite. For example, in 3 Nephi 2:16, it says, “And their young men and their daughters became exceedingly fair, and they were numbered among the Nephites, and they were called Nephites.”

Just like “Israel” and “Israelite” played critical roles in the history of the Bible, “Nephi” and “Nephite” played primary roles in the Book of Mormon. The name has connections to the old world, and the etymology provides context and meaning to the storyline, just like it does in the Bible. 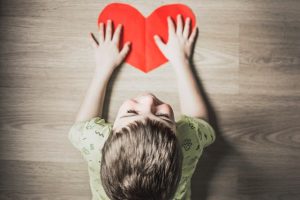 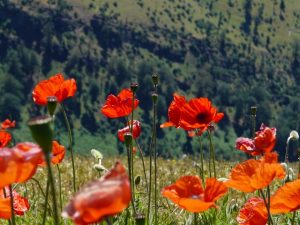 I Mistake, for I Have Seen Much