Lovest Thou Me More Than These? 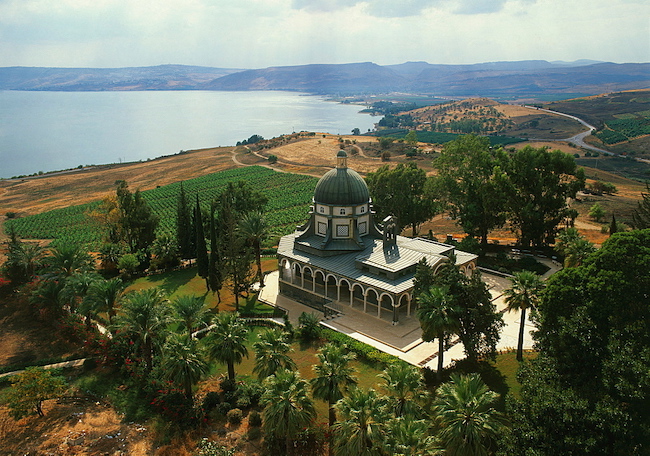 As many of you know, my wife and I were blessed to be able to join the group that traveled to Israel in February of this year. I have submitted an article on the trip to the Gospel News for publication in an upcoming issue; however, I wanted to share a brief highlight in this blog on more of a personal note.

During one of our bus stops, we gathered together in a beautiful garden overlooking the Sea of Galilee. There, on top of the Mount of Beatitudes, we listened intently as our tour guide read excerpts of the Sermon on the Mount. When they turned to me next, I felt humbled to be given the honor of leading the devotional from that sacred site. The Lord had already laid on my heart a message uniquely linked to the panorama that lay before us. It had, coincidentally, emerged from the convergence of two experiences, one of which related to the Holy Land and the other, Navajoland. Let me explain:

My attendance at the Gathering of Tribal Nations Conference in Green Bay had had a great impact on me. Throughout those three days I was powerfully reminded of why I had left my home as a young man in 1973 to move to the Navajo Reservation; and a great desire to rededicate myself to the work filled my soul upon my return home. However, as often happens, it wasn’t long before I had returned to business as usual.

But the Lord was about to lovingly get my attention.

It happened as I was returning home from town one day. As I reflected upon the long list of to-dos I had brought along, I began to bemoan the fact that I hadn’t accomplished a single one of them. At that moment, I felt as though I was being transported back in time. I beheld, in my mind’s eye, as the Lord appeared on the shore of the Sea of Galilee and began to call out to the disciples on their boat, “Children, have ye any meat?” Dejectedly, they simply answered, “No.”

And then, in my spirit, I heard the Lord direct the same question to me personally, to which I could only reply with the same answer. But then came the words, “Cast the net on the right side.” I could imagine the disciples, not yet recognizing who was speaking, thinking to themselves — we’re the professional fishermen here! We know this lake! We know where and when to fish! If they were biting, we would have had a catch by now!

But instead, they quietly obeyed … and suddenly, miraculously, their net was full, and the scales were lifted from their eyes. The stranger by the sea was none other than Jesus, Himself. I suspect it was at that moment that the Lord’s calling for them to be fishers of men finally took hold.

I thought about the context of this scene. Jesus had just died the most horrific death imaginable—on their behalf. And then, incredibly, they see Him alive. They were eyewitnesses to what was unquestionably the most powerful and significant event in the history of the world, the crucifixion and resurrection of our Lord! And yet, afterward, they decide to go fishing as though nothing had happened.

I was convicted that day. You see, I, too, am a witness of the resurrection — not with these physical eyes. Nevertheless, I have seen indisputable evidence that He is alive, and my life will never be the same. But do I really live that way?

Imagine how hungry and tired they must have been after working in vain all night long! And then imagine their sheer delight to smell the aroma of their favorite meal on the fire — already cleaned, prepared, and cooked just the way they liked it. The scripture tells us that Jesus even served them.

Now that their stomachs were full, and he had their attention, he turned to Peter and said, “Simon, son of Jonas, lovest thou me more than these?” This is the question that became very personal to me, too, that day. Think about it for a minute. We often hear about the love of God, but how often are we challenged with the importance of proving our love for Him? Of course, Peter responded with the right words. He did say that he loved Him. But clearly, he was missing the point, because Jesus had to repeat it three times — The way you prove you love Me is by ministering to My sheep.

So how about you? Have you ever heard Him ask you that question? It’s the most important question you will ever be asked. The General Church Priesthood recently approved two experiences at our October Conference, both of which featured the admonition to not succumb to the distractions of the world. It turns out that one of the best ways to do that is to become fully engaged in a higher calling — fishing for men. 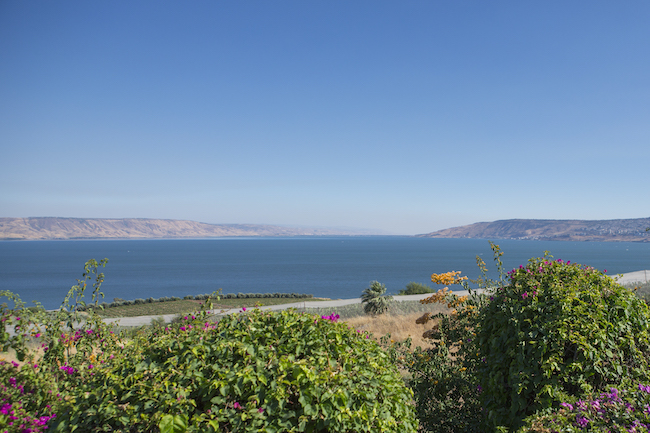 View from the Mount of Beattitudes