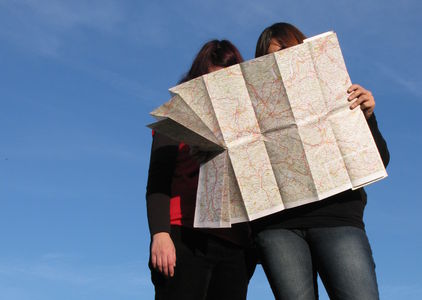 Recently, we’ve seen several testimonies on the Gospel Blog that have described occasions when certain items were lost and then God intervened to allow the items to be found. Any time you find something that has been lost, it’s a great feeling. Not only is the item restored to you but you are also relieved of whatever negative feelings or consequences accompanied the loss of the item. And to think that God actually intervened on your behalf? That makes it a great blessing!

I’ve experienced several “lost and found” blessings in my own lifetime. Here’s a recent one:

Following a Sunday meeting at Levittown a few months ago, a few of us were standing around, talking in the parking lot for a while. As I was about to leave, I got a phone call from my wife who had already arrived at home. She couldn’t find her phone, so she was thinking she may have left it in church.

I went back into the empty church building and looked on and under the pew where she always sits, but it wasn’t there. I checked the table in the back of the room, and it wasn’t there. Looked in all the bathrooms — not there.

As I was about to call my wife to tell her the phone wasn’t in church, I walked past her pew again — and there was the phone, sitting squarely on her seat! It wasn’t askew as if it had been dropped but it looked as if it had been purposefully placed right in the middle of the seat. I have no idea where God brought it from, but I surely appreciated being spared the hassle that accompanies a lost phone, while being blessed that God had intervened on this day.

Luke 15 contains three parables of Jesus that describe the joy of finding something that has been lost. The first two use a lost sheep and a lost piece of silver as the items that are lost and found. The third is the parable of the prodigal son in which a man’s son falls into sin and eventually finds his way back to his father. At the end, the father throws a big celebration, explaining to his other son that “thy brother was dead, and is alive again; and was lost, and is found” (Luke 15:32).

For all of us who have given our lives to Christ, we once were lost, and now we’re found! How fitting that God occasionally reminds us of this by finding items for us.

Now, suppose there were some people who were seriously lost in sin and God wanted to illustrate that to them. How might He do that? Well, the Jaredite people in Ether 14 were in that condition, and here’s what God did:

“And now there began to be a great curse upon all the land because of the iniquity of the people, in which, if a man should lay his tool or his sword upon his shelf, or upon the place whither he would keep it, behold, upon the morrow, he could not find it, so great was the curse upon the land.” (Ether 14:1)

Not even considering that this could be a message from God, the iniquitous Jaredites assume that other people are stealing their things, so they become suspicious of each other and wind up in an all-out war that eventually leads to the entire civilization being destroyed.

As people of God, we know it’s not about the things. Possessions on earth are nice to have and sometimes inconvenient or upsetting to lose, but they’re all temporary. It’s our immortal soul that we want to make sure is not lost.

It’s important to understand that all souls on earth are either in a “lost” or a “found” state. There is no other category. We praise God for those of us who have been found — let’s not get lost again. And for the many who are still lost, let’s allow God to use us to help find as many of them as possible. “There is joy in the presence of the angels of God over one sinner that repenteth” (Luke 15:10), so as we share the gospel with others and demonstrate the love of Christ, let’s do so with the goal of igniting a celebration in heaven when a soul that was lost is found.