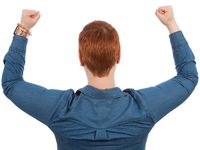 2 Nephi 24 describes how the angel Lucifer fell from heaven to become the enemy of God and all mankind. The reason for the fall is given as follows:

“For thou hast said in thy heart: I will ascend into heaven, I will exalt my throne above the stars of God…I will ascend above the heights of the clouds; I will be like the Most High” (2 Nephi 24:13-14)

Whatever Lucifer did or has done or will do, it all extends back to him attempting to exalt himself (lift himself up) to the level of God (or even higher). Keeping in mind that Lucifer was an angel, loved by God and referred to (in verse 12) as “Lucifer, son of the morning,” the penalty that was levied — “thou shalt be brought down to hell, to the sides of the pit” (verse 15) — indicates how God feels about those who seek to lift themselves up to His level.

On the same subject, Jesus shared an example (in Luke 14) of how much better it would be to attend a wedding feast and take a lesser seat and then be invited to move to a better seat as opposed to the humiliation of claiming the better seat and then being told to move to a lesser seat. He concluded by stating, “whosoever exalteth himself shall be abased; and he that humbleth himself shall be exalted” (Luke 14:11).

In what ways do we exalt ourselves?

To clarify, it’s wonderful to work for the Lord and be used by Him for great accomplishments. It’s good to have a healthy self-esteem, recognizing the gifts that God has given us and appreciating ourselves as a loved and valued creation of God. If our gifts are such that they can be used in important positions for the cause of Christ, then it’s appropriate that we would allow ourselves to be used in that way.

The problem arises when our motivation for any of the above or our reaction to them is to lift up ourselves. At all times, we should seek to lift up the name of the Lord more so than people (especially ourselves).

Let’s be the people who humble ourselves and allow the Lord to lift us up, rather than the other way around. The song doesn’t go, “Lift me up a little higher, self” (you know what the last word really is).