Leaving It All Behind 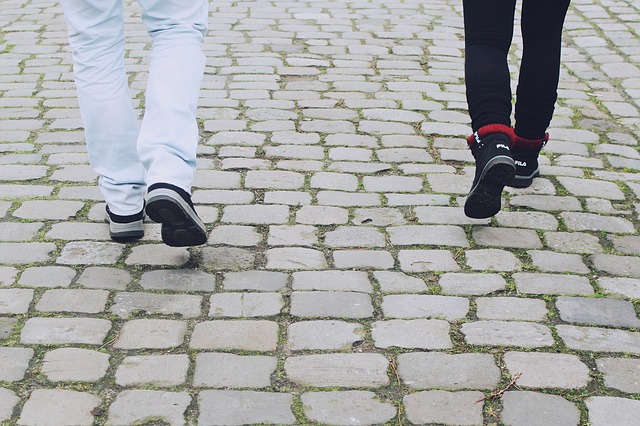 After being physically dragged out of the synagogue in Nazareth and having His life threatened, Jesus departs from that city, leaving it all behind, and settles in the city of Capernaum, located on the shore of the Sea of Galilee.

Jesus has previously met Peter and Andrew (John 1:40-42) so He enters their ship and asks them to push away from the shore and then let down their fishing net. Peter points out that they have been fishing all night and have caught nothing. (Since they are experts in this business, they certainly know how it all works.) But Peter decides to do what Jesus said and he lets down the net. Immediately, so many fish enter the net that it begins to break! The other ship has to come over to help. So many fish are loaded that both ships have trouble staying afloat before they finally make it back to the shore (Luke 5:3-7).

But Jesus hasn’t come to the Sea of Galilee this day to catch fish. His purpose becomes clear when He says to the stunned Peter and Andrew, “Follow me, and I will make you fishers of men” (Matthew 4:19). Based on what they have just witnessed, they know Jesus has to be someone special so:

Jesus walks over to the other ship and issues the same invitation to an equally astonished James and John. They also leave their ship behind to follow Jesus (Matthew 4:22, Mark 1:20).

Here are a few things that should be on our “left behind” list.

Before coming to Christ, each of us led a life of sin. Some of us may have been worse than others, but we were all sinners. When we repented and were baptized, we were forgiven of our sins and then received the Holy Ghost to lead us such that we could leave the life of sin behind. Let’s not go back and dabble in that life — let’s leave it way behind.

Relationships That Drag Us Down

No, following Jesus doesn’t mean that we have to sever ties with everyone we know. However, any relationships (friends or even family members) that bring about temptation, sin, doubt, or spiritual degradation should be examined. If we’re forced to make a choice between following Jesus or maintaining a personal relationship with someone, it’s clear which of those should be left behind.

Although the fishermen left their business behind to follow Jesus, it doesn’t necessarily mean we need to do exactly the same thing. However, if our desires for the pleasures of life cause us to put worldly things (and the money to pay for them) ahead of following Jesus, we may need an adjustment of priorities. We don’t want to be like the seeds that fell among the thorns in the parable of the sower — those which are “choked with cares and riches and pleasures of this life, and bring no fruit to perfection” (Luke 8:14).

Consider the expertise of Peter and the others when it came to fishing. Their expertise was valuable and allowed them to make a decent living. However, when their wisdom dictated a different action than what Jesus said — in this case, whether or not to let down the net — the outcome couldn’t have been more vastly different. Worldly wisdom is valuable and certainly benefits us on a regular basis, but when it differs from what the Word of God says, that’s when it’s time to leave the worldly wisdom behind and just follow Jesus.

Once upon a time, we were the boss. Our primary focus in life was doing what we wanted to do and pleasing ourselves. Now that we are following Jesus, we need to do our best to leave behind the mindset that what we want comes first. Rather, all of our decisions in life should be subject to the will of God (which yields much better results anyway). Or, as Jesus put it:

“If any man will come after me, let him deny himself, and take up his cross, and follow me” (Matthew 16:24)