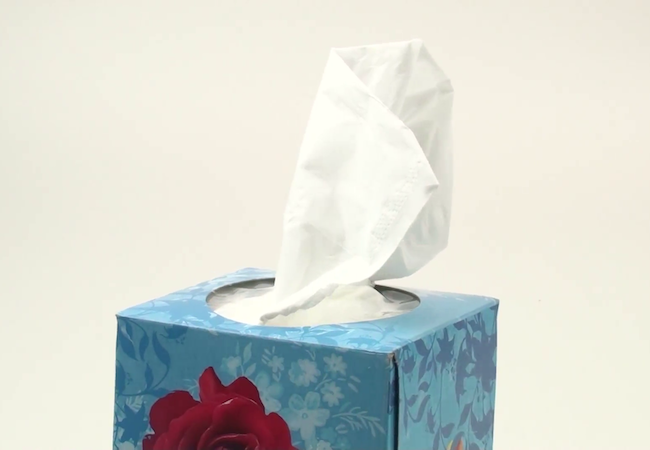 I recently watched a guy get a Kleenex out of the box in the nursing home where I work. You ask; “How could you possibly learn a lesson from a guy wiping his nose?” Well, let me tell you.

This guy, let’s call him Frank, is relatively young and had a stroke some years back. This stroke left Frank without the use of his right arm, impaired use of his right leg, and made it difficult for him to talk.

One day, Frank walked over to the desk where I was typing some notes, grabbed a Kleenex with his left hand, but when he pulled on the tissue, the whole box just lifted with it. He then tried to shake the tissue out of the box, but the box just shook with him. Then he looked at me — I was sitting within easy reach of him and his tissue box — and instead of indicating that he wanted help, he walked away to another chair, sat down, stabilized the Kleenex box between his one working leg and his belly, then (after a few failed trials) pulled the Kleenex out with his good (working) left hand.

I marveled that he did not just get me to help. I guess you could apply this situation to our spiritual lives a couple of different ways. Let’s just try sins and struggles.

Frank noticed a weakness, and he decided to conquer it. He did not just give up, raise the white flag of surrender or just sit around blaming his situation. What if I saw a reoccurring sin in my life and decided to stomp it? Doesn’t matter if I am going into the fight with one arm tied behind my back. I will struggle, fight, kick, and spit until that sin is history.

As humans, we are sometimes hardheaded and will try to do things on our own, despite knowing that we could look to our Father, who is very willing and capable of helping us, and sitting there next to us waiting for us to indicate that we need the help.

Which scenario do you identify most with? 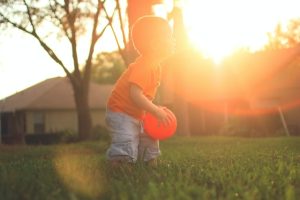