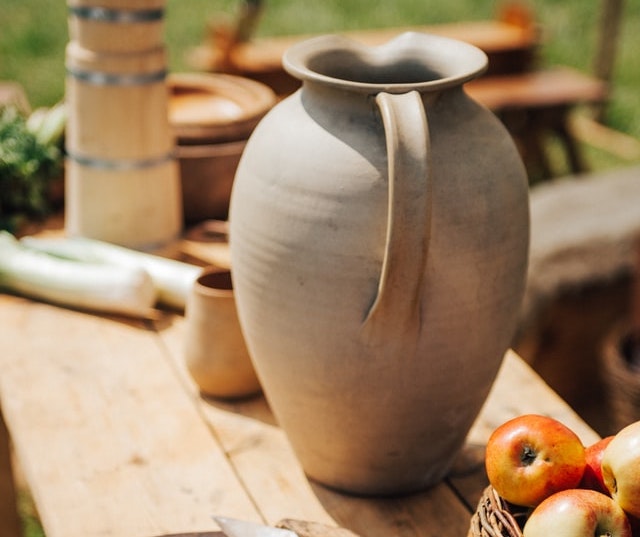 A few days after Jesus gains His first few disciples, the small group attends a wedding in Cana. Mary, the mother of Jesus, is also in attendance. During the wedding celebration, Mary informs Jesus that the wine has run out. There’s not necessarily any reason (that we are aware of) why Mary should expect that Jesus can do anything about this — He has not performed any miracles as of yet (and wasn’t planning to start on this particular day) — but she asks anyway.

Mary has no idea how Jesus will handle the situation, so she tells the servants to just do whatever He says. Jesus instructs them to fill six waterpots with water. Then, when they draw from the pots, the water has changed into wine! As the people begin to taste the wine, not knowing where it came from, the comment is made that the best wine of the entire feast has been saved for last. Jesus has performed His first miracle!

From the above, please observe:

For quite a few years, my daughter, Maria, was prone to getting rashes on her skin, causing her to become quite itchy and uncomfortable. Benadryl would make the rash go away temporarily, but it would come back again after a few hours — it usually took several times using Benadryl until the rash stopped coming back. Then, a few months later, a new rash would appear and the cycle would start all over again.

One year, Maria developed a rash on New Year’s Eve. As usual, the Benadryl helped for a little while. But this time, the rash kept coming back. In fact, it appeared to be worse each time it came back. By the next day, my wife and I were wondering whether we should bring her to the doctor, but since it was New Year’s Day, our options were limited.

Before I continue, I should point out that Maria is our special needs daughter. She is basically non-verbal — she can repeat things you say to her, but she never initiates a conversation. So, when she walked over to my chair and said, “Amen,” I was pretty taken aback. This was not a word she had ever said on her own.

After she repeated the same word two more times, I said to my wife, “Could she be asking me to pray for her?” Nothing even remotely like this had ever happened before. I went ahead and got my oil bottle and offered prayer for Maria. The rash vanished — and never returned! It is now 10 years later and she has never had another rash! It’s a miracle! Praise God!

On that long-ago day at the wedding in Cana, Jesus began His “miracle business.” The Lord is still in the miracle business today. Believe in the power of God, and believe it can happen for you (even if it never has before). You may not see a way that God can work things out. But you can be sure that if He performs a miracle on your behalf, the outcome will be the best. When you believe, even the impossible becomes possible.

“All things are possible to him that believeth.” (Mark 9:23)