Is God Trying to Get My Attention? (Helaman 11) 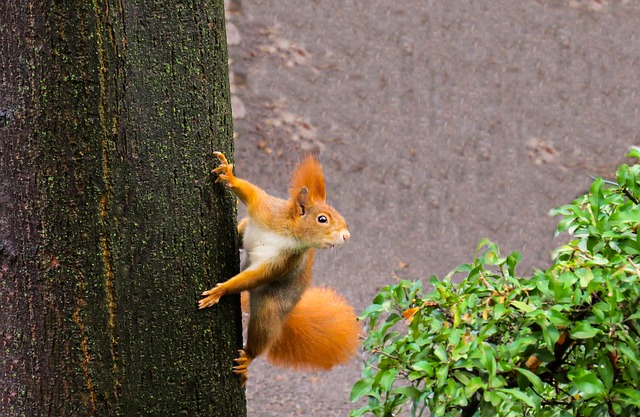 In Helaman 11, Nephi invokes the power of attorney privilege that he was granted in the previous chapter. With war raging among the Nephite people and many dying due to their wickedness, Nephi presents this request to the Lord:

“O Lord, do not suffer that this people should be destroyed by the sword; but O Lord, rather let there be a famine in the land, to stir them up in remembrance of the Lord their God, and perhaps they will repent and turn unto thee.” (Helaman 11:4)

As promised, God grants Nephi’s request. For the next three years, there is no rain, so the crops don’t grow, and there is a great famine throughout the land. Finally, “the people saw that they were about to perish by famine, and they began to remember the Lord their God” (verse 7). When Nephi sees that the people are humbling themselves and turning back to God, he prays for the famine to end. Then, the rain returns and the crops grow, and “the people of Nephi began to prosper again in the land” (verse 20).

In this particular instance, everything worked out as Nephi hoped it would:

Unfortunately, things often don’t go according to the above script.

First of all, many people either flat-out don’t believe in God or else they think of Him as some historical figure from the past — not a living, loving God who is willing to interact with us and help us today. All of these people would scoff at the notion of events in their lives being the result of God trying to get their attention.

If we say we believe in God, and we understand that God chastens those whom He loves (see Revelation 3:19), then we should be willing to ask the question when things seem to be going wrong, “Is God trying to get my attention?”

It’s often difficult to ask this question. After all, I probably feel like I’m a good person, I’m doing the best I can, other people do a lot worse than me, etc. If anything, negative events in the world are a wake-up call for all those other people — not for me.

If God is trying to get our attention, what He wants is for us to examine ourselves. If we’re willing to do that, then it will give us some idea of whether God is actually trying to bring something to our attention. If we discover something we should be doing better or differently, are we then willing to make the necessary adjustments? Or will we justify the behavior to ourselves, even convincing ourselves that this is not what God is trying to tell us about? Even if God isn’t trying to bring something to our attention, self-examination is always a good thing — as long as we’re willing to follow through and make the necessary adjustments.

After all of the attention-getting, self-examination, and personal adjustments described above, the part that comes next can be hard to accept. In the Nephite story above, the famine ended, and everything went back to normal.

Sadly, it doesn’t always work out that way in our lives. If something like a marriage breakup, job loss, or serious injury are used to get our attention, things most likely won’t go back to normal, even if we fully grasp what God is trying to tell us and make all the necessary adjustments.

When this happens, it’s important to not feel that God hasn’t forgiven you or that He doesn’t recognize your efforts just because things are not put back to the way they were before. Where you are in life should be considered your “new normal,” and God will be with you going forward from there.

One final note: It’s very important to understand that just because things are going wrong, it doesn’t necessarily mean that God is causing it due to something we are doing wrong. Many, many things go wrong in life; it’s just the way life on earth works. So, don’t take every negative occurrence as a chastisement from God — it’s usually not — but just be open to the possibility that God could be trying to get our attention.