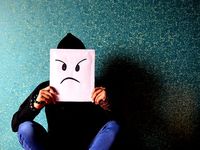 The prophecy recounted in 2 Nephi 18 indicates that Jesus Christ would be “a stone of stumbling, and for a rock of offense to both the houses of Israel…many among them shall stumble and fall, and be broken, and be snared, and be taken” (2 Nephi 18:14-15). The prophecy seems to be saying that Christ would be offensive. Was this accurate? See for yourself:

So, Jesus was considered offensive to some people while He was on the earth. But is He still offensive today? Here are a couple of His quotes that should make any politically correct person cringe:

Perhaps you who are reading this article are offended by what you are reading. Why would that be? If I believe one way and you believe a different way, does that make us enemies? If you know that I believe in Christ, why should you be offended if I believe and teach what He taught?

Now, I’m not saying that we should go out of our way to be offensive in presenting the gospel. Christ taught us to love everyone, and that should extend to people who don’t believe the same way we do.

However, if we are being loving to others, and they choose to persecute us for believing what Christ taught, that doesn’t mean that we have to stop believing it. Jesus said to rejoice if you are persecuted for His sake, as your reward in heaven will be great. And what type of persecution do we face today? Getting unfriended on Facebook? Being called names? Jesus and His disciples were regularly threatened with stoning for their statements.

So, if you’re looking for someone to follow who is uncontroversial and politically correct, then Jesus is not the choice. In today’s environment of getting easily offended, the teachings of Christ are considered offensive. But Jesus said, “Blessed is he, whosoever shall not be offended in me” (Luke 7:23).

Consider yourself blessed for being among those who are not offended by the teachings of Christ. Keep believing them and teaching them, and love all people whether they agree or not. However, prayerfully seek out others who will accept the Lord without being offended such that they can be among the blessed also.