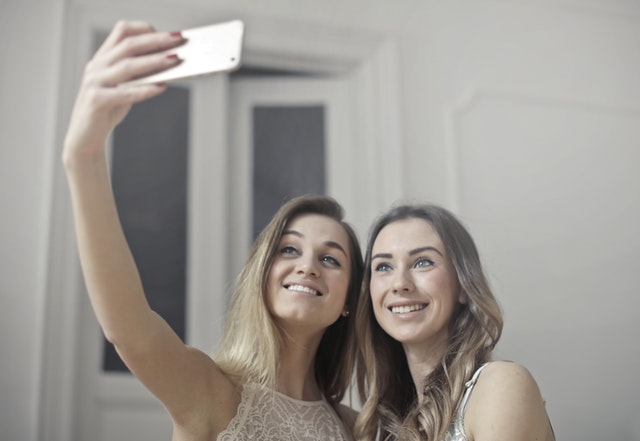 Today’s article was originally published by the Student Support Program in November 2012. Click here to read the unabridged newsletter.

We care about what people think of us. It’s as simple as that. Even if you’ve heard someone (maybe even yourself) say, “I don’t care what people think about me,” deep down, we know that’s not true. It’s human nature.

We don’t realize it, but we are taught by society from the time we are little kids that there are few things as important as our personal image — you know — how others view us.

It’s all about us!

Concern with our personal image — how other people view us — can be a phenomenal strength or a crippling weakness. That might sound strange because most of the time when you think about being concerned with personal image, you tend to think that it’s a bad thing. I believe it’s actually the opposite.

Concern and care for our personal image is the most effective way for us to draw others and ourselves closer to Jesus Christ!

The Word tells us to “let your light so shine before men, that they may see your good works, and glorify your Father which is in heaven” (Matt. 5:16). Too many times in my life, I’ve found myself wondering what big stage God might want me to be shining that light on. Now I’ve learned that thinking like that wastes a lot of valuable time.

Every interaction we have with other people, whether verbal or non-verbal, is an opportunity to shine our light and help people see Christ. These are big-time opportunities, and we have to treat them that way.

How Do They See You?

I was recently airing my complaints about a certain situation at work to a friend of mine, and I was really confident that I was right (which meant that someone else was wrong).

As I became more animated, a few other coworkers came over to listen to my rant. I explained that if everyone listened to me, the issue would definitely be resolved — and they’d see they should have listened to me from the very beginning. The issue ended up resolving itself — without any of my “brilliant” input.

Well, shortly after the conversation ended, I sat down at my desk and quickly realized that I was more concerned about my team viewing me as the guy that had all the answers than I was about actually helping to solve the problem.

I sat there for a few minutes, filling up with embarrassment and regret.

I realized that I was being childish and selfish. The thought that nagged at me for the next several minutes was, ”What image do these people that I spend 40+ hours per week with actually have of me?” We all represent something or someone by our actions.

Whether or not we recognize it, we have the ability, through the power of the Holy Spirit, to reveal Christ to other people through the simplest actions. Who do we want people to see, Christ or us? I say both — but we should want people to see Christ through us. We’re on the biggest most important stage every single day, and it’s our calling to reflect His light so people see Him!

Let’s remember that someone along the way reflected the light of Christ to us when we may have been in the dark. Image really is everything — it’s just up to us to decide whose image we want to reflect.