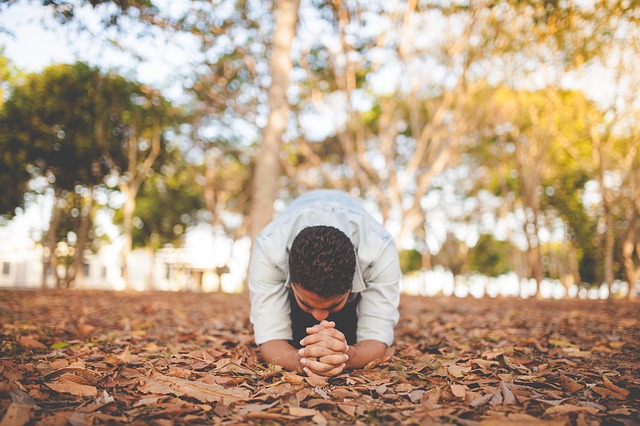 Today’s article was originally published by the Student Support Program in December 2011. You can view the unabridged newsletter here.

Humility is a virtue that scripture commends and society criticizes. When was the last time someone praised humility in your classroom or on television? In fact, it is very rarely spoken of, except at church perhaps. Maybe part of the reason is because it’s misunderstood — even by followers of Christ.

We often view humility as a personality type, saying, “He is a humble person,” if someone is quiet, shy or timid. If someone else is loud or outspoken, we conclude that that person cannot possess humility. Does humility mean that you lie down in a fight or don’t stand up to injustice? What does humility look like?

John the Baptist was not a docile, mild-mannered saint, but he was one of the greatest examples of humility recorded in scripture. He lived and preached in the wilderness near Jerusalem dressed in camel hair with a leather belt and ate locusts and wild honey. He unabashedly called the Israelite people to repentance and baptism, and he was not terribly polite to the hypocritical Pharisees and Sadducees. He even called them a “generation of vipers,” perceiving they were unrepentant, wayward leaders.

Despite his outspoken, brash style, he experienced tremendous success with the people, baptizing many and gaining a very large following. But this man knew what he was about. His life illustrates two major aspects of humility:

1. John Understood His Place Before God

When he first met Christ, he said, “Behold the Lamb of God, which taketh away the sin of the world. This is He of whom I said, after me cometh a man which is preferred before me” (John 1:29-30).

For all the respect and popularity John had gained, he recognized who he was before Jesus Christ. He was just another sinful man in need of a Savior, who was unworthy to even untie Christ’s shoelaces.

Humility means recognizing our standing before God as John did — that we are less than the dust of the earth, as it says in Mosiah 4:2. Yet we are so loved and valued by our Creator that he parted with His only Son that we would have the opportunity to live with Him forever!

2. John Focused on Others Rather Than Himself

John’s sole purpose in life was to prepare the people for Jesus Christ and point the way to Him. When it was time for Christ to start His ministry, John did not complain about being left out. He didn’t ask for some recognition or for a place of honor among Christ’s disciples. He quickly stepped aside to allow the Messiah to take center stage. John’s entire life can be summed up in one line when he said of Jesus: “He must increase, but I must decrease.” This was coming from a man who was bold and outspoken, who had devoted his life to preaching. Yet when it was time for Christ to take over, he shrunk back to allow all attention to be placed where it should be.

Think of Yourself Less

As John demonstrated, humility means focusing on others rather than yourself. Some people demonstrate a false sense of humility by putting themselves down, but in reality, this is another manifestation of self-centeredness. By criticizing yourself and seeking pity or affirmation, you’re actually drawing attention to yourself. As Rick Warren put it, “don’t think less of yourself, but think of yourself less.”

We must be very watchful, because our own nature and our influences, culture, and surroundings all push us toward self-centeredness. Think about it: marketing and commercials tell us, “you deserve it” (It being whatever it is they are trying to sell). Even social media can encourage a self-focused mindset. As we post the details of our lives, we can slowly start thinking that we are more important than we are.

We live in a world that has no patience for humility, but Christ places a high priority on it. So we should also. It all starts with knowing your place before God and living beyond yourself — for Jesus and for others.