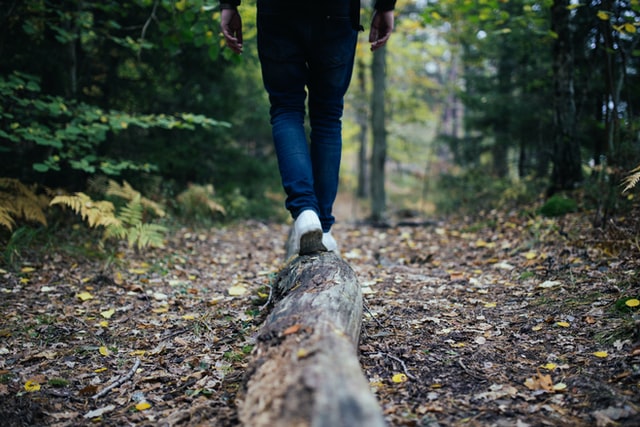 The Apostle for this blog is James, the son of Zebedee. Described below are four attributes (some good, some not so good) that James exhibits in the scriptural accounts that describe him. As you read these, I encourage you to compare these attributes to your own character and consider what you would do in similar circumstances.

James was a fisherman by trade. But he didn’t just fish alone. He saw the value from a business perspective of partnering with others. He worked with his brother, John, and his father, Zebedee, (Matthew 4:21) and they also partnered with Simon Peter and Andrew (Luke 5:10). It can be assumed that their business was doing well. Yet, when Jesus said, “Follow me, and I will make you fishers of men,” James (along with the others) was willing to leave it all behind to follow Jesus.

James and John were known as the “Sons of Thunder” (Mark 3:17). An incident recorded in Luke 9 illustrates why that was an apt nickname. Jesus was making arrangements to travel to Jerusalem for the Passover and planned to spend a night in Samaria. He sent messengers ahead to arrange for housing for the party. However, the Samaritans (who hated the Jews) were unwilling to accommodate Jesus and His party.

James and John were furious when they heard this and said to Jesus, “Lord, wilt thou that we command fire to come down from heaven, and consume them, even as Elias did?” (Luke 9:54). Not surprisingly, Jesus rejected this suggestion, pointing out that “the Son of man is not come to destroy men’s lives, but to save them” (Luke 9:56), and He just took His group to a different village.

James was part of what seemed to be an “inner three” of the Apostles (along with Peter and John) who Jesus shared more with than the other nine Apostles. For example, these three were the only ones permitted to accompany Jesus when He raised the daughter of Jairus (Mark 5:37). They were also the ones who Jesus took with Him to view His transfiguration (Mark 9:2).

So, human tendency being what it is, James may have thought that he was somehow higher than the other Apostles. As a result, he and John actually asked Jesus if they could have the seats on either side of Him in heaven, thereby locking in an elevated status for all eternity. Jesus told them that this type of ambition was not appropriate among His followers but that they should instead seek to be servants of one another (Mark 10:42-44).

“Now about that time Herod the king stretched forth his hands to vex certain of the church. And he killed James the brother of John with the sword.” (Acts 12:1-2)

The scriptures record that many of the Apostles were persecuted, beaten, whipped and imprisoned for preaching Christ. History or rumors indicate that many of them died for the cause. However, the only such death recorded in the scriptures is the martyrdom of James who clearly exhibited great courage in standing up for the gospel of Jesus Christ, even at the cost of his own life.

How do you compare to James in the situations described above? Would you be willing to walk away from a good job or even risk your life for the cause of Christ? Or, might you be tempted to be focused on trying to elevate yourself, even lashing out at those who oppose you or disrespect you?

As we head into the new year, please join me in praying for the following for each of us as followers of Jesus Christ and representatives of the restored gospel.

May God bless The Church of Jesus Christ in the new year. Praying for a great year with significant progress toward building the kingdom of God.