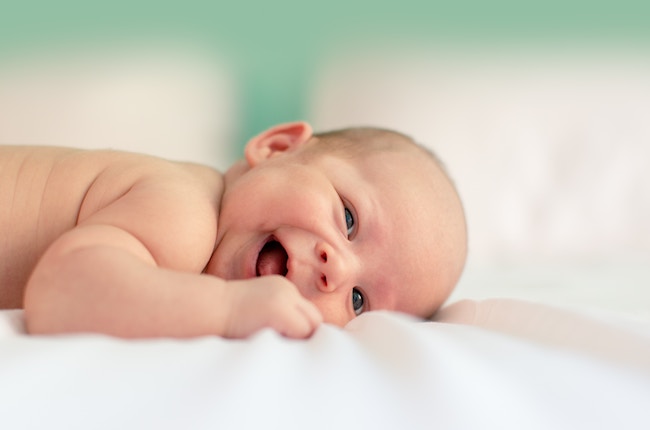 What terrible sin is being described by all of these strongly worded terms? Believe it or not, these terms are used in Moroni 8 to describe the practice of baptizing little children.

Wow, is it really that bad to do this? After all, isn’t baptism the way that people become members of the church? What’s wrong with getting the children started early? Is there really any harm in this?

Well, let’s first make sure that we understand the purpose for baptism. It’s not just to become a member of the church. Rather, it’s what people do when they are ready to repent of all of their sins and turn their lives over to Christ. Little children cannot do this. As the Lord states in this chapter, “Little children…are not capable of committing sin” and “I came into the world not to call the righteous but the sinners to repentance; the whole need no physician, but they that are sick” (verse 8).

When I’m sick, I go to the doctor and maybe he’ll prescribe antibiotics for me. If I went to the doctor when I wasn’t sick and he prescribed antibiotics, that would be a pretty severe error. Likewise, it’s a gross error (much worse than taking incorrect medication) to baptize children who have not sinned and are incapable of repentance. Since baptism is the witness of what has occurred within a person, what is being witnessed when a little child is baptized? Also, the child may even be confused in later years to not even come to a point of true repentance, since their “baptism” has already occurred.

Now, suppose someone comes to the church and is baptized. A few weeks later, the same person comes into church and says he wants to get baptized again. Would we do it? No, the ministry would inform the person that baptism is a one-time event to repent of your sins. To do it over and over, baptizing someone who is already right with God, would make a mockery of the ordinance.

Thus, the use of the term “solemn mockery” when describing the baptism of little children. It’s baptizing someone who is already right with God. Instead of doing that, we’re instructed to “teach parents that they (the parents) must repent and be baptized, and humble themselves as their little children, and they shall all be saved with their little children” (verse 10).

Even after reading the above, one might question as to why this would be considered “awful wickedness.” It’s clearly unnecessary to baptize little children, but is it actually wicked? What’s wicked is the belief system that would accompany this practice:

“For awful is the wickedness to suppose that God saveth one child because of baptism, and the other must perish because he hath no baptism.” (Moroni 8:15)

“And he that saith that little children need baptism denieth the mercies of Christ, and setteth at naught the atonement of him and the power of his redemption.” (Moroni 8:20)

Needless to say, The Church of Jesus Christ does not embrace this wicked belief system. Rather, we follow the example of Jesus Christ who loved the little children so much and picked them up and blessed them. We likewise offer a blessing upon babies and little children, entrusting them to God to watch over them and protect them until they are old enough to make their own decision regarding baptism. If such a child should tragically pass from this life at a young age, then we know their soul is taken directly to the paradise of God.

In Matthew 18, Jesus instructs His disciples to become like little children in order to enter the kingdom of heaven. Clearly, the children are already where they need to be with God — their place in heaven is assured for now.

Don’t worry. When children get older, they’ll discover sin and then they’ll need repentance and baptism. For now, let’s enjoy their innocence, knowing that their precious souls are in the hands of God.