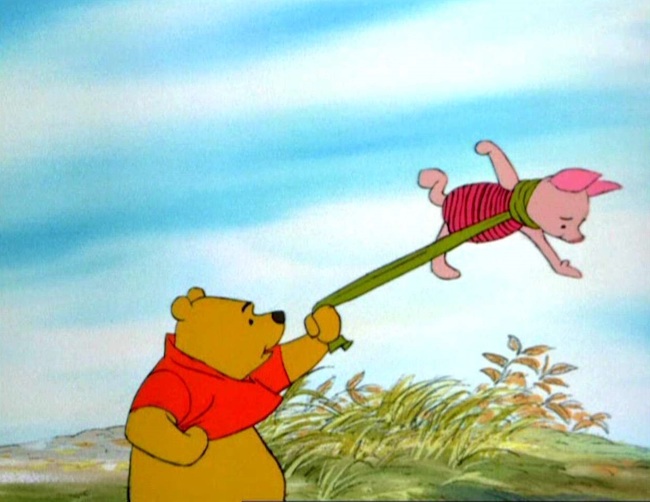 If you (or your children) grew up watching “The Many Adventures of Winnie the Pooh,” then you might remember the part when Winnie the Pooh goes to visit Piglet on a particularly windy day and greets him with a hearty, “Happy Windsday Piglet!” Piglet then gets picked up by the strong wind and nearly flies away.

In a spectacular scene described in Acts 2, there were 120 disciples of Jesus sitting in an upper room on the Day of Pentecost. Jesus had been crucified and had resurrected. Perhaps these disciples were unsure of what to do at this point. “And suddenly there came a sound from heaven as of a rushing mighty wind, and it filled all the house where they were sitting” (Acts 2:2) and the Holy Ghost swept into the room, filling all the people there. Now, they were ready to go out and turn the world upside down for the cause of Christ. It was a happy “windsday” indeed!

Even as God uses His Spirit to push people in the right direction to accomplish His will, there are numerous accounts in the scriptures of how He occasionally used actual winds to do the same:

In Ether 6, the Jaredites get in their barges and begin the voyage to the promised land. They have no ability to steer the barges themselves, so it’s totally up to God to direct them:

After a 344-day voyage, “they did land upon the shore of the promised land. And when they had set their feet upon the shores of the promised land they bowed themselves down upon the face of the land, and did humble themselves before the Lord, and did shed tears of joy before the Lord, because of the multitude of his tender mercies over them” (verse 12). Another happy windsday!

For example, even as our lives have been so greatly affected by the COVID-19 crisis, I choose to believe that there is something coming in the future that we will be better prepared for as a result of having lived through this crisis as servants of God. We’re always taught to exhibit faith and look to God for direction, but this period of time has pushed us to do that more than ever before. I believe that’s exactly where God wants us to be at this time.

If you feel a push from God, go with it. Don’t fight it — it’s like pushing against strong winds. If you allow God to direct you, then you will wind up exactly where He wants you to be — whether at a promised land like the Jaredites or taking flight like Piglet. Regardless of how it happens, when you realize that God has done something to move you to where He wants you to be, you too can say that it’s a happy windsday!