God Takes Care of the Birds 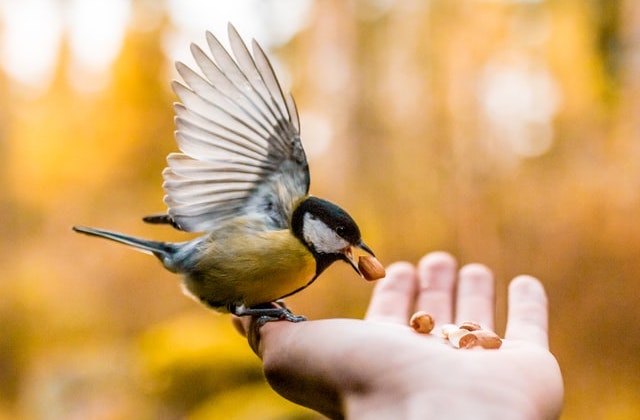 Some days my mind plays this super-fun game where we travel ten, twenty years into the future and worry. That’s it. We just worry. About anything. And everything. Frantically.

“What if I never get promoted?”

“What if I’m alone forever and become a crazy cat lady with, like, 17 cats who each have a middle name and their own room?” I don’t even like cats.

You can’t see me right now, but I’m rolling my eyes at myself. Because I know how it sounds — ridiculous, irrational, faithless. I know that. But when it’s inside my head, where the enemy can cross my spiritual wires and trip up my thoughts, oh, how convincing it is.

Well recently, God had something to say about this. A few weeks ago, I was strolling through the park, chatting with God about lots of things, mostly my worries. And out of the blue, this phrase — which I never normally say to myself like some of my other mantras — popped into my head: “God takes care of the birds, He’ll take care of you.”

“That’s nice,” I thought. It was comforting, sure, but it wasn’t one of those sayings I was personally connected to, so it didn’t really stick.

Because later that evening, while on a run, I approached an intersection that I’ll never think of the same. As I got to the crosswalk, I saw two girls bent down in the middle of the road holding out a cup toward a sparrow. He clearly had a broken wing or he would’ve flown himself to safety. Terrified, the bird hopped in the other direction, and soon the girls gave up.

Cue me, with nothing in my hand but my phone and a rolled up tote bag, walking out into traffic. I don’t know what came over me, but all of a sudden it became my mission to save that bird. Having truly no idea what I was doing, I summoned the bird to hop on my tote. And after a few moments of resistance, he did it. “Hang on little guy,” I whispered as I ran him to the sidewalk.

I then had two choices: leave him there, broken and afraid (not an option in my now-determined mind) or take him home and nurse him back to health. I chose the latter. After somehow managing to get him inside my tote, I proceeded to carry this tiny shivering sparrow seven blocks to safety.

Almost home, I realized the public garden near my apartment was open, for once. “Bingo!” I thought. As I scurried through the gate, I spotted three garden workers near a chicken coop in the back — a chicken coop! In the middle of Brooklyn! They had to know about birds. Sure enough, they took my feathered friend in, made him a nest, and said they’d take good care of him.

Relieved and reassured, I bid the bird adieu. And as soon as I left the garden, that phrase popped back into my head: “God takes care of the birds, He’ll take care of you.” Seven whole blocks, and I had no clue why I was saving Georgie (I named him) until the moment God made it personal.

I felt Him telling me, “This is what I do for you. I carry you, comfort you, do anything to save you, bring you miles from where you are. I take your worries away.”

In that moment, He brought me back to the Sermon on the Mount: Don’t worry about your life. Look at the birds. They don’t sow or reap or gather, and yet God feeds them. Are you not worth more than they are? Worrying will add nothing to your life. God knows your needs. Put Him first, and all these things will be added to you.

I haven’t kicked the habit completely, but every time my mind wants to play “what if,” I’m taken right back to Georgie, and remember God will take care of me, too.