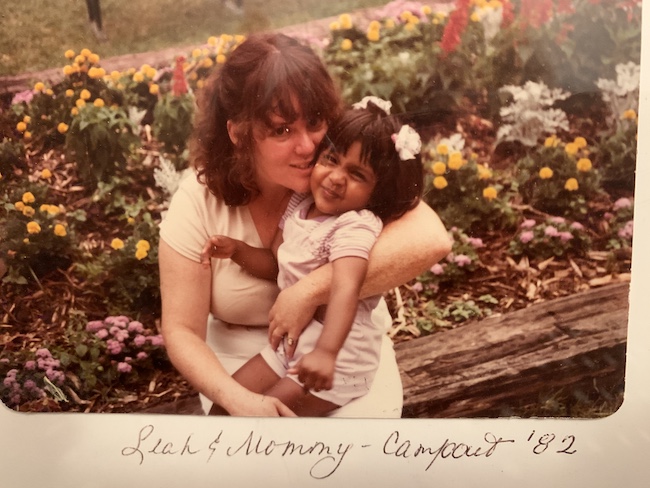 For National Adoption Month, we are sharing the testimony of Sister Jan Bork from the Farmington Hills Branch, Michigan.

I was 27 and loved teaching the kids at church. At the Inner-City Mission, Detroit, in the old Rex Hotel, and then later in an ancient church building, Sister Jean DePerno and I were thrilled every week to have nearly 40 children to love and teach.

One Sunday, a young mother walked in with her own toddler and the 10-month-old son of her younger sister, who’d been in a family argument and ended up in jail. Two babies are too much for anyone. I asked her if I could help.

I offered to take the baby home with me to babysit for her. I called my husband and told him I wanted to take time off from work, and I called church friends to borrow baby furniture.

What fun! I loved that little guy beyond belief. Every day was a new discovery. At the end of the week, I received a heartbreaking phone call. His mom was coming to Michigan to pick up her child. The judge had given him to his grandmother.

And that’s when I made the biggest discovery. I realized I could and did love another person’s child! Adoption was a very real possibility for my husband and me because we weren’t able to have a child of our own.

I was ready. I knew families who had waited eight years to adopt a baby. But that very weekend there was an article in the newspaper about an international adoption agency that was hosting a meeting that Monday!

My husband and I decided to attend and find how this process worked. We learned all about social workers, home studies, fingerprints, visas, and international travel. We got busy.

I thought we should adopt a boy first so he could be the oldest, as my husband was the oldest. Then we could adopt a little girl, since I was the second oldest.

Meanwhile, Sister Cathy Gentile came to church and told me carefully, “Sister Jan, I do not think you will get a baby boy.”

“I also do not think your child will be an infant.”

She told me she had a dream and I was in it. I was happily holding my new child. A beautiful little toddler girl dressed in a pink, fuzzy jacket. I was happy for the confirmation because I’d started the paperwork for a darling little eight-month-old baby from Mother Teresa’s Orphanage in Madras, India!

I had been open and praying hard for the Lord’s guidance in where my new baby would be from. Sister Darlene Large was going with Sister Dorothy Gandley Schaeffer to India where Darlene was investigating how to set up homes for children.

She solemnly agreed. And, true to her word, at the orphanage, there was this tiny little baby girl, sleeping in a room of two dozen blue metal baby beds, who took her heart. She sent me a telegram asking if I was interested. In those days, a message took a long time to travel halfway around the world.

A telegram can contain a max of 14 words. I replied to her with the word “Yes!” repeated 12 times and ended it with “Love Jan.”

Then, in the second telegram, I asked for contact information, and the paperwork began to travel between our two countries. She also sent me a photo of her holding this darling baby. We all fell in love with her! I never gave up after this. I knew she was meant for me. And the work began…

We got stalled many times. In India, I learned that they believe in karma, so if you were orphaned, then they believe you did something to deserve it in a past life, and you should be a peaceful person and accept your life. But now, God was intervening in this baby girl’s future and changing everything. God was doing this for me and for our family, including my soon-to-be daughter and even her future husband!

My U.S. social worker introduced us to a wonderful Indian man who served as a Christian supreme court judge in India. His wife stood in many legal lines, filled out paperwork, and helped us move forward when things got stuck.

One time, a servant there decided to save the big expense of mailing back legal documents by air and sent them by boat. People in our church prayed. Sister Cathy and I found out where the Indian Embassy was in Chicago, and on a grey, wintery day drove hours down and back to reprocess all the documents.

We prayed, and over and over, God removed stumbling blocks. It took the prayers of many believers here and in India!

At one point, Sister Cathy was at the airport with her young son, Anthony, and she glanced in a shop window and exclaimed, ”Anthony! There is the exact jacket I saw in my dream!” She ran in and bought it. And sure enough, it fit my little baby perfectly when she finally arrived ten months later.

My daughter, Leah, actually arrived even before the paperwork—another miracle.

Do I believe in a God of miracles? I reply to that question with “Yes!” an infinite number of times! And I will always believe until the day I go to meet the Lord with a grateful heart for the blessings and love He has constantly poured into my life and the life of my family!

A Note from Sister Linda Scolaro: We hope you were blessed by the testimonies that tell about the miracle of adoption. The stories took place in many corners of the earth: South Korea, India, and the United States. No matter how a child comes into a family, it is a miracle. The testimonies remind us that, through patience, obedience and trust, these beautiful children were brought into families. Some of the children are now grown, and some are still growing, all in God’s plan and for His glory. 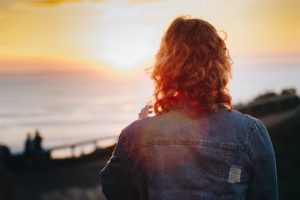 “Be still, and know that I am God…”  These words spoke to me through the Holy Spirit just when I needed a course of action to follow during a difficult trial. With circumstances beyond my control, I was forced to seek a new job. This was a rare instance when I... 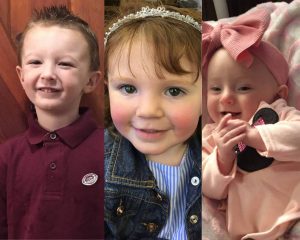 Another Blessing, and Then Another, and Then…

For National Adoption Month, we are sharing the testimony of Brother Josh and Sister Amy King from the Pinetop-Lakeside Branch, Arizona. (This is part two of the story.) On January 5, 2018, we learned about a newborn baby boy who was removed from his parents and...