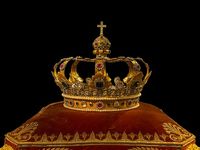 Since the House of Israel was given the first opportunity to accept the gospel of Jesus Christ, there were many Israelites in those early days who thought it was only for them or that they were somehow special to God or even privileged because of the family they belonged to. After all, they were the “covenant people”! Nephi sought to squash this notion in 2 Nephi 30, describing who the real covenant people are:

“For behold, I say unto you that as many of the Gentiles as will repent are the covenant people of the Lord; and as many of the Jews as will not repent shall be cast off; for the Lord covenanteth with none save it be with them that repent and believe in his Son, who is the Holy One of Israel.” (2 Nephi 30:2)

The original Apostles had to learn the same lesson. Peter eventually did when God sent him to the home of Cornelius, a Gentile, and the Holy Ghost fell on everyone in the house. This was when Peter uttered the famous quote, “Of a truth I perceive that God is no respecter of persons: But in every nation he that feareth him, and worketh righteousness, is accepted with him” (Acts 10:34-35).

Although it may sound harsh to say that God doesn’t respect us, what the statement really means is that we get no special privileges because of who we are on earth. Respect typically elevates one person over another, and God does not do that. He loves us each the same, and we each have the same opportunity — and must follow the same process — for salvation.

If salvation worked the way the early Jews thought it did, then we who are Gentiles would have no opportunity for salvation. Thankfully for us, God is no respecter of persons.