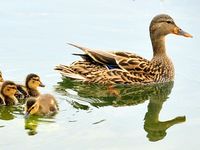 After establishing their new home in a different part of the land, the Nephites set to work on a couple of projects:

In both cases, the examples that were chosen to follow were the best-known examples of each. Perhaps it took more time or effort to produce these things this way (surely there were quicker or easier options) but Nephi wanted to wind up with the best swords and the best temple, so he selected the best examples to follow.

Almost all of the choices we make in life are influenced by the examples of other people. Which of the following examples are we more likely to follow as we make our decisions in life?

In each of these examples, the end result is more or less the same (a college degree, a lengthy marriage, a continuing church membership) but the quality of each is vastly different. Although most people want to be the best they can be, it’s easy to be tempted to be something less when we see “lots of people” who settle for less and still seem OK.

When choosing our role models in life, let’s choose people who are among the best at whatever activity we are seeking to perform. When it comes to serving God, seek examples among people whose lives exhibit the attributes of Jesus Christ (the best example of all). The Apostle Paul wrote: “Be ye followers of me, even as I also am of Christ” (1 Corinthians 11:1).

When the Nephites went into battle against the Lamanites, they were glad to be armed with swords that were fashioned after the example of the sword of Laban. When we go into battle against the enemy of our soul, we will be best equipped if our lives are based on the examples of Jesus Christ and the people we know who are truly following the Lord to the best of their ability.