Facing Irma in the Caribbean – Part 1 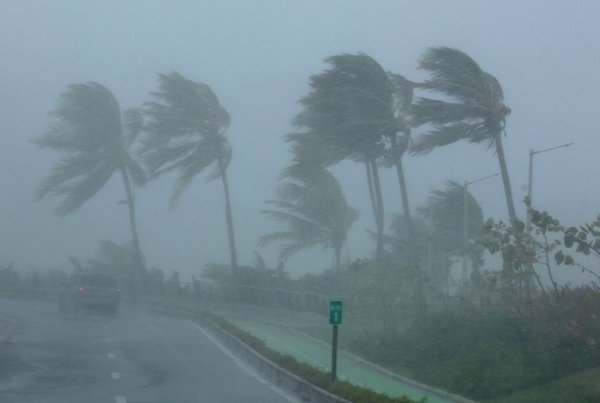 Today is part one of a two-part article about the most recent missionary trip to Dominica.

Going into our recent missionary trip to Dominica, there was no reason to expect this trip to be markedly different from other recent trips that have been taken. However, when Brother Patrick Monaghan and I arrived there on August 31, the people there informed us that there was a hurricane named Irma on its way to the Caribbean, and it was expected to arrive on Wednesday, September 6. Since we were scheduled to leave on Tuesday, it appeared that we would get out in time, but the threat of the oncoming hurricane loomed.

Our days were filled with our normal activities, such as spending time with the local elder, visiting the members, and inviting people to church for Sunday. In addition:

On Monday, our final scheduled day in Dominica, we tried for a follow-up visit with Jenelia, who had attended church on Sunday, but she was busy, and we still hadn’t connected with Roselia. But, our time was up, so we gathered our things Tuesday morning and headed for the airport for the flight to San Juan, our first stop on the way home.

We knew we had a problem when we arrived at the airport and found it virtually deserted. We went into the check-in area, and the room was empty with the exception of a couple of men who told us that all flights had been cancelled until the storm passed. There was nobody at the counter of the airline we were using; nobody answered the phone when we tried to call; the airline’s website had no available flights listed for the next two weeks. How were we going to get home?

We then turned to God, praying right there in the check-in area that He would provide a way for us to get home. Within a minute of our prayer, a man walked into the room and came over and sat down next to us. He said he was a cab driver and offered his assistance. When we explained our plight and that we couldn’t reach the airline, he said he had a friend at that airline and had a personal cell phone number for him. He made a phone call. We gave him our itinerary, and within a few minutes, we had confirmed seats on a flight to Barbados for Friday morning. The man explained that flying to Barbados would give us our best chance of getting back to the U.S. sooner since the hurricane would be traveling right through San Juan and Miami, the cities we normally fly through on the way home.

We informed our families of our situation, and the word quickly spread throughout the church of the need for prayer. Many, many people prayed for us, and many contacted our families to encourage them. A brother sent us a vision he had of a white mist with gold letters spelling out the message, “I will not forsake my own, thus saith the Lord.”

What happens next? We’ll conclude the story in tomorrow’s article. See you then!